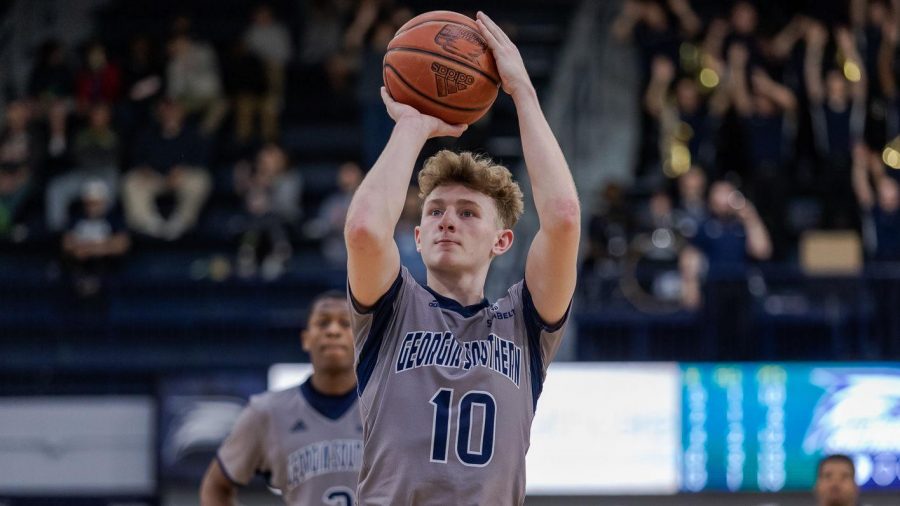 After the announcement of new Head Coach Brain Burg and the departure of former coach Mark Byington to James Madison University, guard Calvin Wishart has entered the transfer portal.

Calvin Wishart is a rising junior and leaves GS averaging about seven points in his two campaigns. He scored a career-high 21 points against Reinhardt and became a starter this season. He tied for tenth in the conference this season with 59 made three-pointers. The former Mr. Basketball from Delano, Minnesota was an essential playmaker for the Eagles.

“Georgia Southern has exceeded my expectations and has been everything I could have asked for in a school,” he wrote on his personal Twitter account. “I am very happy for Coach Byington and his family as he accepted the job at JMU…With that being said, after talking with my family, the best decision for me is to enter the transfer portal so that I can have every option available to me, including Georgia Southern. I hope I can continue to represent this University and also hope you can respect my decision.”