A Spring Break guide for the rest of us 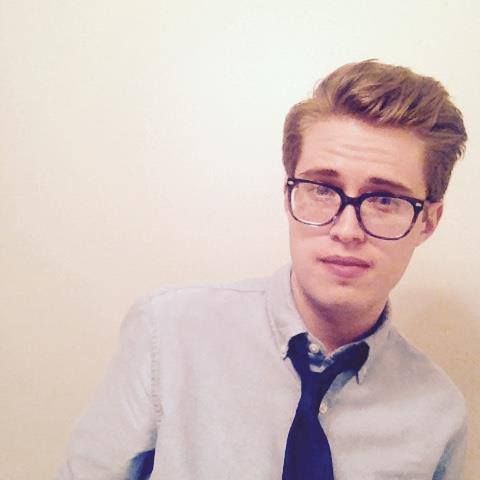 Let’s be honest: Spring break, for most of us, isn’t exactly the 2012 movie starring James Franco and the cast of Disney Channel circa 2000-2007. This guide is to help you, dedicated reader who had this paper thrust upon you by someone as miserable as you, to enjoy your disappointing spring break to its maximum capacity.

You never thought it would come to this, but your mom talked you into it and, since she pays for most of your stuff, you didn’t really have a choice. It should be noted that you will regret the decision of coming home approximately two days after you arrive. Hot spots include the local bar where you can see that weird guy from your high school play the guitar. The locals, who are also your friends from back in the day, are all married so cruising options are slim.  Perks: You’ll actually get ahead on your homework because you will literally run out of things to do by Wednesday.

The “My parents are Baptist”

This delicious cocktail incorporates all of the disappointment of your hometown with a hint of nagging relatives.

1 cup of Welch’s grape juice, 2 cups of sprite, a teaspoon (or less) of whatever is left in the flask that you forgot was in your suitcase. Serve over ice, best enjoyed while looking at your friend’s Instagram posts involving them in the place you wish you were.

For Staying in Statesboro:

I bet you thought this one was going to be sarcastic, it’s not. Statesboro is a gem when you aren’t surrounded by your peers. Don’t believe me? Go eat anywhere, there’s no wait. Traffic is slimmer and the bars are dead (dead bars are seen by most as a bad thing but hey, at least you get to pick the music and you don’t have t wait on your drink). Hot spots include short Walmart check-out lines, an empty Sweet Heart Circle, and your roommate’s room that he/she forgot to lock. Perks: It’s like summer semester without the class struggles.

The “I should really be studying”

This mixture of all things party really captures that Statesboro spice that you can only really grasp when no one is here.

1 splash of orange juice (use simply orange, it’s expensive but treat yourself), 1/2 cup of 7 up (or sprite, if you’re feeling it), and 1 cup of your roommate’s vodka.  They aren’t home and they probably eat your food, it’s fair.

For going to a significant other’s:

This isn’t exactly party central but you survived Cuffing Season and they really wanted you to get to know their family. You’re in for a week of walking on needles (which is kind of like the acupuncture massage your friend just posted a picture of herself getting), getting strange looks from significant other’s father, and running out of small talk topics by Tuesday. Hot spots include sitting awkwardly across from your significant other’s parents at dinner and making out in his/her childhood bedroom before quickly stopping because there’s a picture of them at age 5 looking into your soul on the bedside table.

I mean it, this is a bad place for that.

For going to the beach:

You’re the lucky one, you made it out and you’re doing what MTV told us we should do. Sure, you’re not at Panama City but staying in your aunt’s beach house with a few friends is the next best thing, right? Activities will vary from going to the local hotspot, meeting locals, answering locals enthusiastically when they ask “Why did you come here? This beach is always dead,” and hooking up with locals. Hot Spots include wherever Yelp suggests, and raiding your aunt’s bathroom for cleaning products after your best friend puked on the carpet.

Gatorade, the morning after.

This lovely concoction is best enjoyed in the living room of that one guy you thought was hot on Tindr but in the light of the romantic rising sun beaming through the window looks more like someone you would see at Walmart. Your mind said no but the margaritas said “sprang break”.

1 bottle of blue Gatorade handed to you by Brenden (or is it Sam? You still don’t really know this guy), 3 teaspoons of the tears from your friends laughter when they realize what happened, 1 ounce of the drool left on his pillow. It doesn’t compensate for the brunch you were hoping he would take you to, but he said you looked very hung over so at least he cares.

See “For going home” except add a hint of narcissism and fear that your friends will find out you are actually home. Hot Spots include taking selfies by your pool that kind of imply that you’re at a party but don’t explicitly say so, and quickly deleting your grandma’s post on your Facebook wall that read “glad u r home, miss ur beautiful face, god bless<3” and then acting as if you don’t know what she’s talking about when questioned.

This deliciously disappointing drink is a classic among underage kids at their parents’ New Year’s Eve parties.

1 red solo cup filled to brim with coke, pour over ice. Best served using the HEFE filter on Instagram, should have your pool in the background at night or late evening, it is also suggested that you stick your tongue our and flash a peace sign while your dad takes the picture.