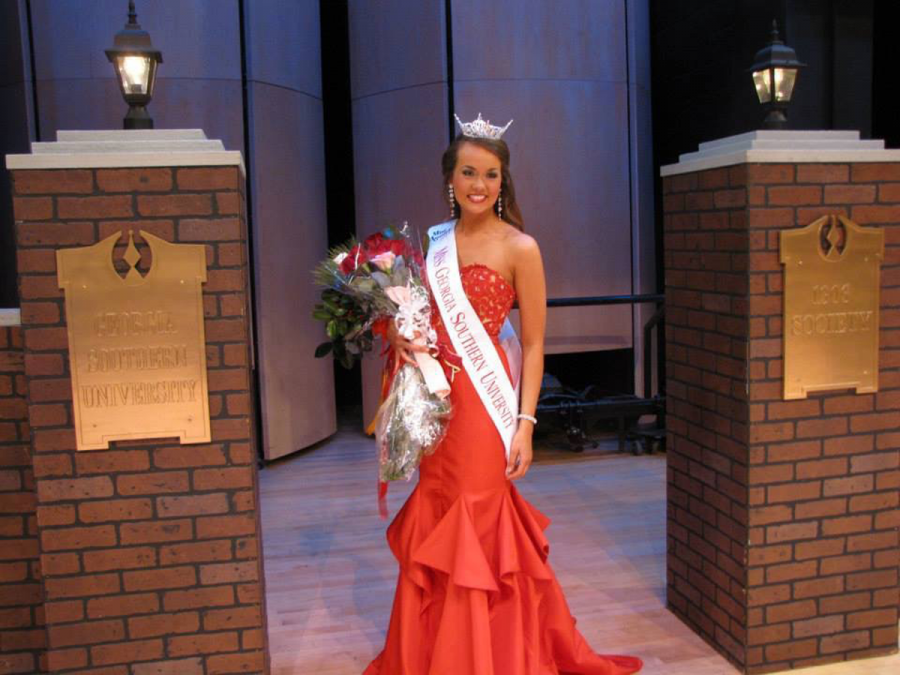 Recently, Megan Johnson was crowned as the next Miss Georgia Southern at the annual Miss Georgia Southern Pageant. Megan Johnson is a Sophomore, Nursing major and Sociology minor. She is currently looking forward to moving on to the next stage of her pageant career, competing at the state level. With her platform being the Ronald McDonald House charities, Megan is able to show how much she enjoys the philanthropy side that goes into pageantry.

“This doesn’t feel real, I’m kinda shocked, but it’s a dream come true,” Megan said describing her reaction to winning the pageant. Despite doing pageants since the age of 2, Megan is going into the next phase of competition expecting nothing, but hoping for the best.

As most people know, pageant winners usually have some sort of cash prize. Megan has been so frugal with her earnings, that she was able to pay for all her expenses of her Freshman year in college. The scholarship money is just a plus for Megan. Ms. Johnson’s favorite parts about pageant life “a tie between formal wear and the interview” Megan said.

In fact, during the Miss Georgia Southern pageant, Megan enjoyed the difficulty of the question given to her. The question that Megan so confidently answered focused around why she chose to attend Georgia Southern and also what she loves about the University.

“I answered the question to the best of my ability and I think that counted,” Johnson said.

Megan has gotten nothing but love and support from her friends, sorority sisters, and family during the competition and after winning.

“They are extremely proud and extremely supportive” Megan said. Her biggest supporter over the years, has been none other than her mom. She has supported Megan in doing pageants through every competition.

“She was always front and enter with a camera,” Megan says. Megan’s mom was always there pushing her and telling her she can, eventually Megan would begin to repeat “I can, I can” in the face of difficulty during pageants.

Megan’s dream come true fairy tale is definitely that to her. “This is where I wanna be,” Megan said. Even though she will move on to the next level of competition, Megan is completely content with this outcome that has been bestowed upon her as Miss Georgia Southern.

In the next couple of months, Johnson will travel and be at social events during her reign as Miss Georgia Southern, and will appreciate support from her fellow Eagles.