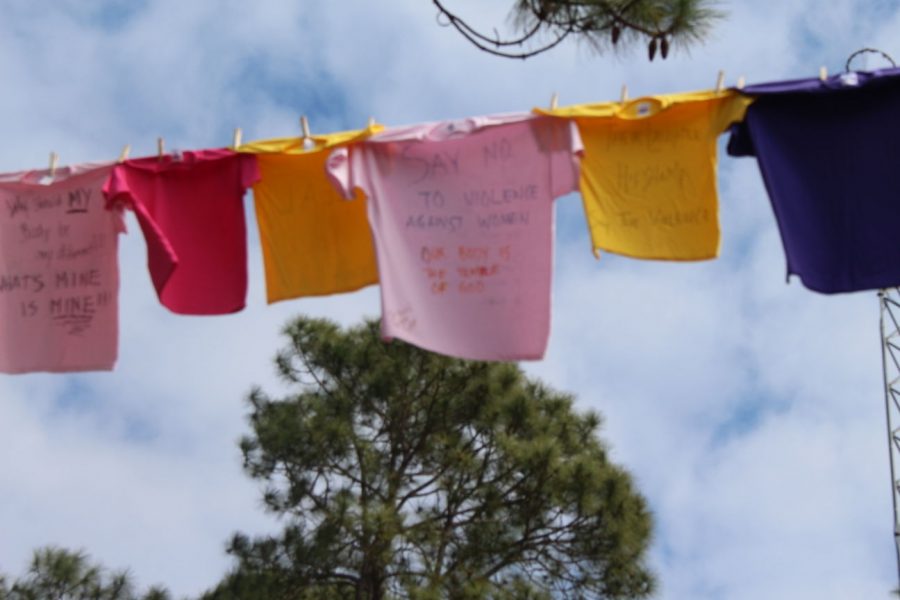 For Sexual Assault Awareness Week, advocates from The Clothesline Project will be at the Rotunda and RAC lobby today from 9 a.m. to 5 p.m. to raise awareness about individuals at Georgia Southern University who have been affected by domestic violence and sexual assault.

Established in Cape Cod, Massachusetts in 1990, The Clothesline project addresses the issue of violence against women. Emotions expressed through the medium of decorating a shirt and hanging it on a clothesline act as a testimony of the violence many have faced.

Individuals are given the opportunity to create their own t-shirt to make their voice heard about their personal experiences dealing with violence. T-shirts created by previous displays can be viewed in buildings around campus.

A “Take Back the Night” and “End Sexual Violence” rally will be held on Thursday at 7 p.m. starting in front of the Dining Commons and ending at the Rotunda.

For more information on The Clothesline Project, follow the link: http://www.clotheslineproject.org/