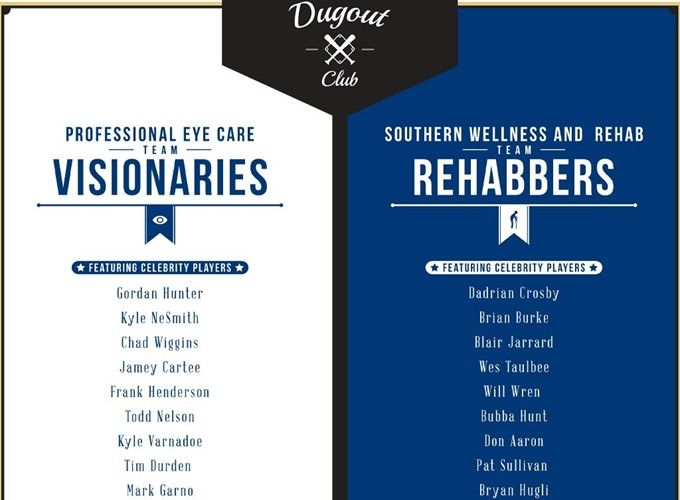 The game will be between The Visionaries and The Rehabbers, both of which will consist of local celebrities and community members, such as the leader of the Eagle Executive Society, Gordon Hunter, local attorney Wes Taulbee, and Peach State Auto Insurance representative, Todd Nelson.

The Visionaries, will be under the instruction of head baseball coach Rodney Hennon, while The Rehabbers will be led by our head football coach, Willie Fritz. Both teams will also include former Eagles baseball players to round out the rosters.