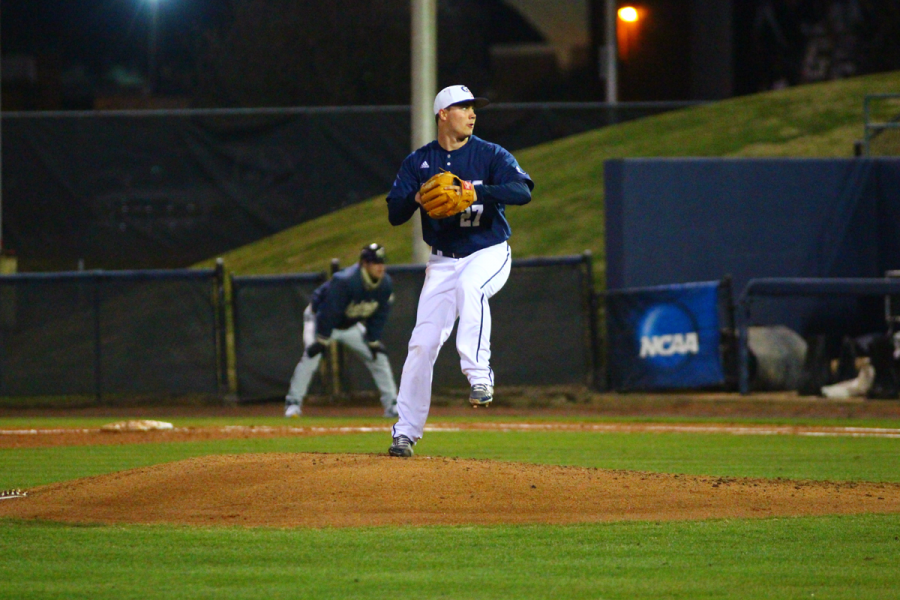 After winning the series against West Virginia, the Georgia Southern baseball team (5-3) has now won a series over a power five conference team in three straight seasons. This weekend, they will have the opportunity to add another as they take on the University of Georgia (5-1).

Last season, Georgia Southern met the Bulldogs on their own turf and won the series. All three games played that weekend were high scoring affairs with the Eagles closing the series with an 18-4 victory.

During the 2012-2013 season, the contests were much closer, but Georgia Southern broke away in game three and won the series in that game by a margin of nine runs in Statesboro.

This season, the Bulldogs return to J.I. Clements Stadium for their first road game of the season. It may be a tough weekend for the Eagles after already playing two games this week. However, the Eagles have been able to show that their pitching staff has plenty of arms to put into the rotation.

“When you’ve got five games in a week, it’s going to present opportunities for a lot of guys to contribute,” head coach Rodney Hennon said.

On the mound, Georgia Southern’s pitching staff has been a little unpredictable at times. They have made it known that a pitcher may not stay in the game very long. Georgia Southern has featured up to eight pitchers in a single game already this season.

With all of the changing on the mound, it is understandable that the Eagles’ pitching staff has combined to hit 10 batters over the course of the season. However, that is no excuse. Georgia Southern cannot afford to put men on base this weekend against a very good Georgia team.

The UGA baseball team already has a .431 on base percentage. Therefore, the Eagles cannot allow an increase in that percentage by hitting batters.

Junior Chris Brown has shown that he is a reliable closer with two saves in his three appearances. He has also tallied six strikeouts. This kind of experience could be a factor if the game comes down to the wire in the last innings.

However, Georgia does have a few solid starters of their own in David Sosebee, Ryan Lawlor and Robert Tyler who was selected second team All-Southeastern Conference. These three have a combined 39 strikeouts, but Sosebee seems to be their best on the mound with a 1.64 ERA.

When it comes to batting, Georgia has a slight advantage. The Bulldogs have a .349 batting average with nine homeruns which tops Georgia Southern’s .296 average with five homeruns.

Georgia also gets on base 43 percent of the time with Georgia Southern falling just short at 40 percent.

These numbers show that Georgia Southern and UGA match up fairly evenly. It will not be an easy weekend for the Eagles, but if history repeats itself, they will come out with another series win against the Bulldogs.