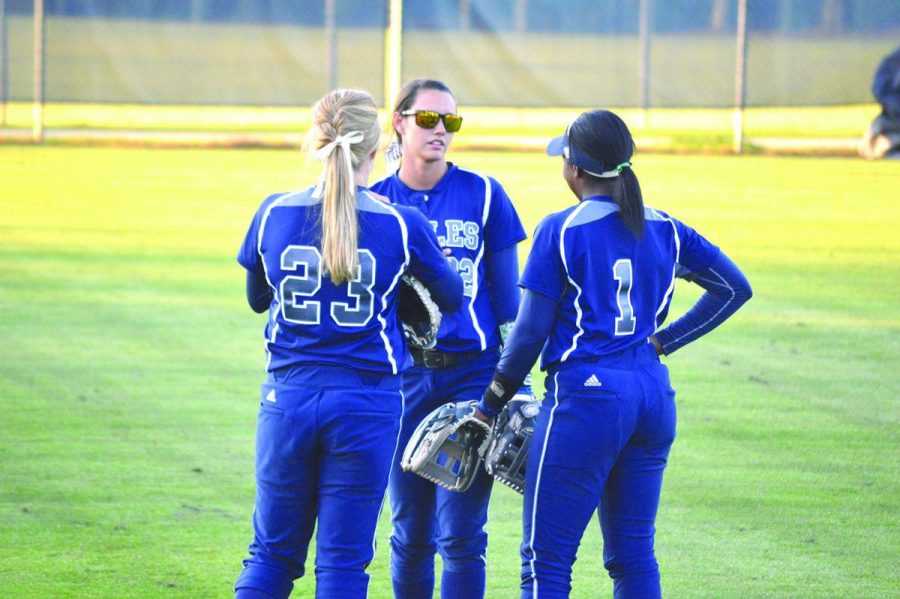 The Georgia Southern Lady Eagle softball team left the Southern Conference with a regular season championship and a 15-6 record in the conference. But, the Eagles now have their eyes on the Sun Belt, and are looking to make a splash in their first season in the new conference.

The Sun Belt will be a major step up in competition. Last year, the SoCon was ranked 14th in RPI, which ranks conferences on the quality of its teams. In comparison, the Sun Belt ranked 5th in RPI. The higher level of competition will test the Eagles, but they have the roster and coaching staff to compete.

The Eagles are returning seven starting position players, including preseason All-Sun Belt sophomore Taylor Rodgers. The reigning SoCon Freshman of the Year will be a huge part of the Eagles offense this season. She hit .381 as the lead-off hitter last year, and racked up 48 hits and stole 16 bags. She was named to first team All-SoCon along with a spot on the first team All-Freshman squad. The Eagles will have a chance to score early and often when Rodgers gets on base.

The Eagles will rely on other returning starters to help fill in the gaps left by Sarah Purvis and Kourtny Thomas who have graduated after excellent careers. Senior Brooke Red will get a chance to start a lot of games as pitcher for the Eagles. She went 13-6 last year with a 2.46 ERA across 122.1 innings. Her experience on the mound will be crucial as she looks to navigate through a new conference.

Other returning position players include 2014 second team All-SoCon infielder Morgan Robinson. She started 53 games as a freshman last year, hitting .261 and belting five home runs. Defensive star Lexi Allen will also return after starting all 56 games last year at second base. She finished the season with a .952 fielding percentage.

Senior outfielder Breanna McLendon has yet to commit an error in her 162 game collegiate career. She’ll anchor an excellent defensive outfield along with Rodgers and SoCon All-Freshman Emily Snider, who started every game last year, hitting .230 and stealing 11 bases along with five home runs.

Junior catcher A.J. Hamilton will return to start her third season behind the plate. She has a career fielding percentage of .984 and saw her batting average jump from .198 to .219 from her freshman and sophomore seasons. She will be a critical piece on offense if she can continue to improve at the plate.

The Eagles will begin the season this weekend when they travel to Tallahassee, Fla. to compete in the Renegade Classic. They’ll take on nationally ranked Florida State University before facing Kentucky, who is ranked just behind the Seminoles at No. 6 in the nation. The elite competition will give the Eagles a chance to see where they’re at early in the season and where they need to improve. The Eagles begin play on Saturday, Feb. 7 at 10 a.m.