Three-way tie for the No. 1 Sun Belt spot 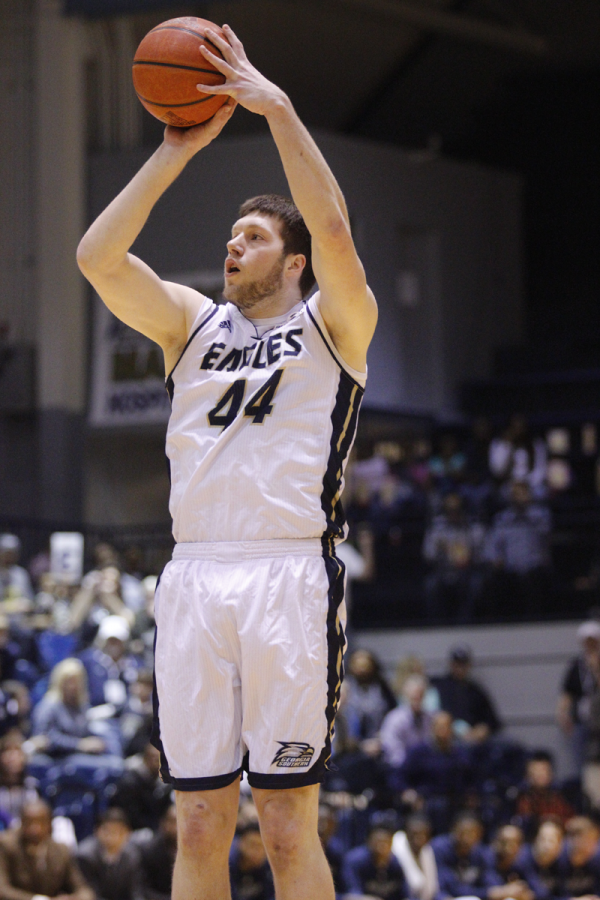 With four games left in the season, Georgia Southern basketball is in control of its own destiny. The Eagles are in a three-way tie with Louisiana-Monroe and that team from Atlanta for the No. 1 spot in the Sun Belt.

Each squad is 12-4 in conference play and is chasing the coveted top spots in the conference tournament. Whichever teams get the No. 1 and No. 2 seed in the Sun Belt Tournament are automatically in the semifinals. That means a one or two seed only has to win two games to punch their NCAA Tournament ticket.

Of those three teams at the top, Georgia Southern’s schedule is the hardest.

The Eagles play at Appalachian State on Thursday. They handled the Mountaineers 83-46 at home on Jan. 29, but have not won in Boone, N.C. in 11 years. The last time GSU left App State with a win was the day after Janet Jackson’s Super Bowl wardrobe malfunction in 2004.

After the Mountaineers, the Eagles travel to Lafayette to play ULL in the CajunDome on Saturday. The Ragin’ Cajuns are notoriously good on their home court. Georgia Southern beat then-No. 1 Lafayette 78-70 in Hanner Fieldhouse on Jan. 15.

There’s no denying it, the two-game road stretch this weekend is going to be tough.

The last home game, and Senior Night, is next Thursday, March 5, against UT-Arlington. GSU’s comeback bid fell short against Arlington 62-61 in its first-ever Sun Belt game back in December.

The Eagles’ season-finale is in Atlanta, against the team with an uglier shade of blue and white. Depending on what these teams do from now until then, the Athletic Directors who scheduled this rivalry game at the end of the season are going to look like geniuses.

UL Monroe has the easiest schedule of the three teams. They play South Alabama, App State and Texas State which are all mid to bottom tier teams in the Sun Belt. But they also play Georgia State next Thursday, which will shake things up.

With each team playing at least one of the other teams in the three-way tie, the rest of the regular season is impossible to predict. The only option is to sit back and enjoy the show.

Georgia Southern is coming off of a difficult weekend of basketball. The Eagles played sloppy and lost to Troy on Thursday 65-62 before having to come back and outscore South Alabama 48-34 in the second half to beat the Jaguars.

The team’s motto has been ‘Find a Way’ all season long. Coming off of a less-than-enthusiastic weekend of play, they are going to have to find a way to finish strong against four tough teams. But if they can do it, they will be that much closer to the NCAA tournament.