History of the Black Primitive Baptist Church in Bulloch County

The rich history of the Black Primitive Baptist Church traces all the way back to the Civil War. Piecing together its story is the culmination of years of research by Dr. Alvin Jackson, Board President of The Willow Hill Heritage & Renaissance Center.

For 10 to 15 years after the Civil War, African Americans in Bulloch County were still attending White Primitive Baptist churches while other African Americans, particularly in the Missionary Baptist movement, were forming their own churches.

The first African American Missionary Baptist Church, Antioch, was formed during slavery in 1863.

The first African American Primitive Baptist church was founded in 1879, but there was a long period of time before when African Americans that were Missionary Baptists were forming churches.

Dr. Jackson said that this Primitive Baptist history dates back to when many people from Ireland and Scotland moved to America for economic and religious freedom.

In the 1770s, a man named John Donaldson came to America from Ireland with his son, Robert. They traveled to Virginia and the Carolinas, before settling in Effingham County, Georgia.

“Robert Donaldson was one of the leading elders and the founder of Nevils Creek Primitive Baptist Church which was founded in 1790,” said Jackson. “It was founded before Bulloch County was [organized] in 1796.”

“Several of my ancestors, the Hodges family, the Donaldsons, and the Lees, were members of Nevils Creek,” said Jackson. “And we know that because we have the minutes of Nevils Creek and we found their names in the records.” 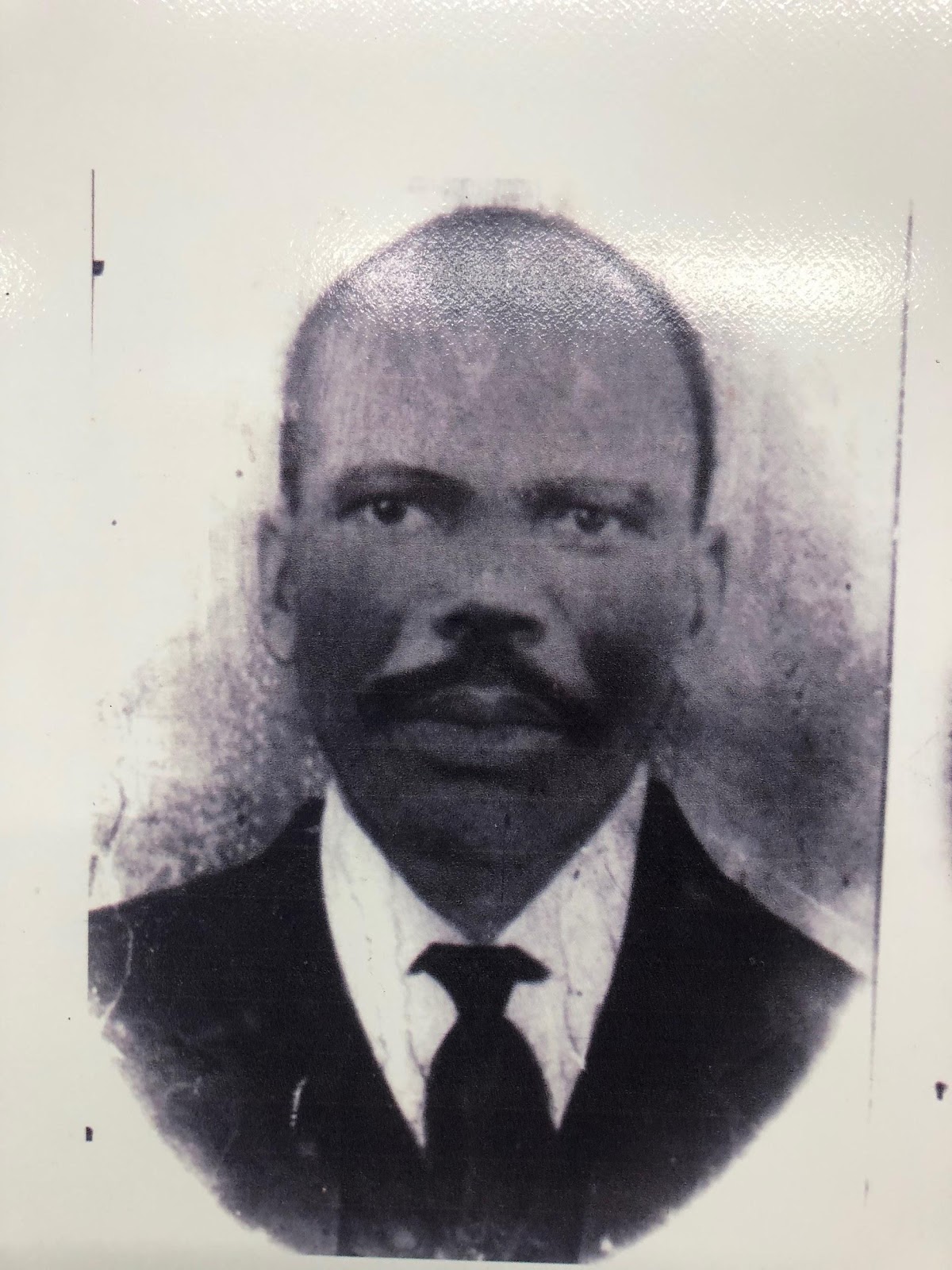 During the era of slavery, only the first names of slaves were recorded. Once liberated, they took their former owner’s last name. After that, both their first and last name were recorded in the church records.

Aaron Munland was born into slavery in Marion County, South Carolina in 1848. In 1856 he, his siblings and his mother were sold into slavery in Bulloch County. They then joined the Nevils Creek Primitive Baptist Church.

“As Aaron grew as a young man, he was inspired. He was a dreamer,” said Jackson. “He had several dreams. In fact, we know about that because he was one of the few enslaved individuals who wrote an autobiography of his life during slavery.”

Aaron felt inspired to preach and told several members of the White Primitive Baptist church that he felt this calling, but because of segregation, and the role of slaves at that time, he was not allowed to exercise his gift.

Elder Wilson was a member of Nevils Creek who had heard Aaron speak in places that were not the church and was aware of his conviction. Wilson told Aaron that if he felt that he truly had the will of God to speak then he should go start a church amongst his own people.

That was the origin of the African-American Primitive Baptist church and churches in Bulloch County.

In May of 1879, Aaron Munland and his wife Luncindy, Moses Parrish and Munland’s sister, Dinah Hodges, and her husband Martin Hodges, came together and organized the Banks Creek Primitive Baptist Church, the first African-American Primitive Baptist church in Bulloch County.

The membership of the church began to grow.

“My great-great- grandfather was a member of that church,” said Jackson. “That, initially, was the church for all of the Black Primitive Baptists [in Bulloch County] and so many of them had to come far for worship services.”

In 1882, Elder Aaron Munland, who was chosen as the pastor of Banks Creek, and other members organized the second Primitive Baptist Church, Bethel, which was below Statesboro, off Highway 67. The church was organized because many people had to travel far to get to Banks Creek.

Mount Pisgah Primitive Baptist Church, also known as Fish Trap Church, was organized in 1883, making it the third African-American Primitive Baptist church in the area. Aaron Munland was the First Pastor and Elder Washington Hodges was the second.

Because the location of weekly church services rotated, one person could be the minister of more than one church. Only current ministers could ordain someone to be a minister.

Once Munland was ordained, he then had the ability to ordain other ministers.

“Bear in mind that this whole process of Blacks starting Primitive Baptist churches, was happening in other counties like Tattnall County, Emmanuel County, and those counties that surround Bulloch County,” said Jackson. 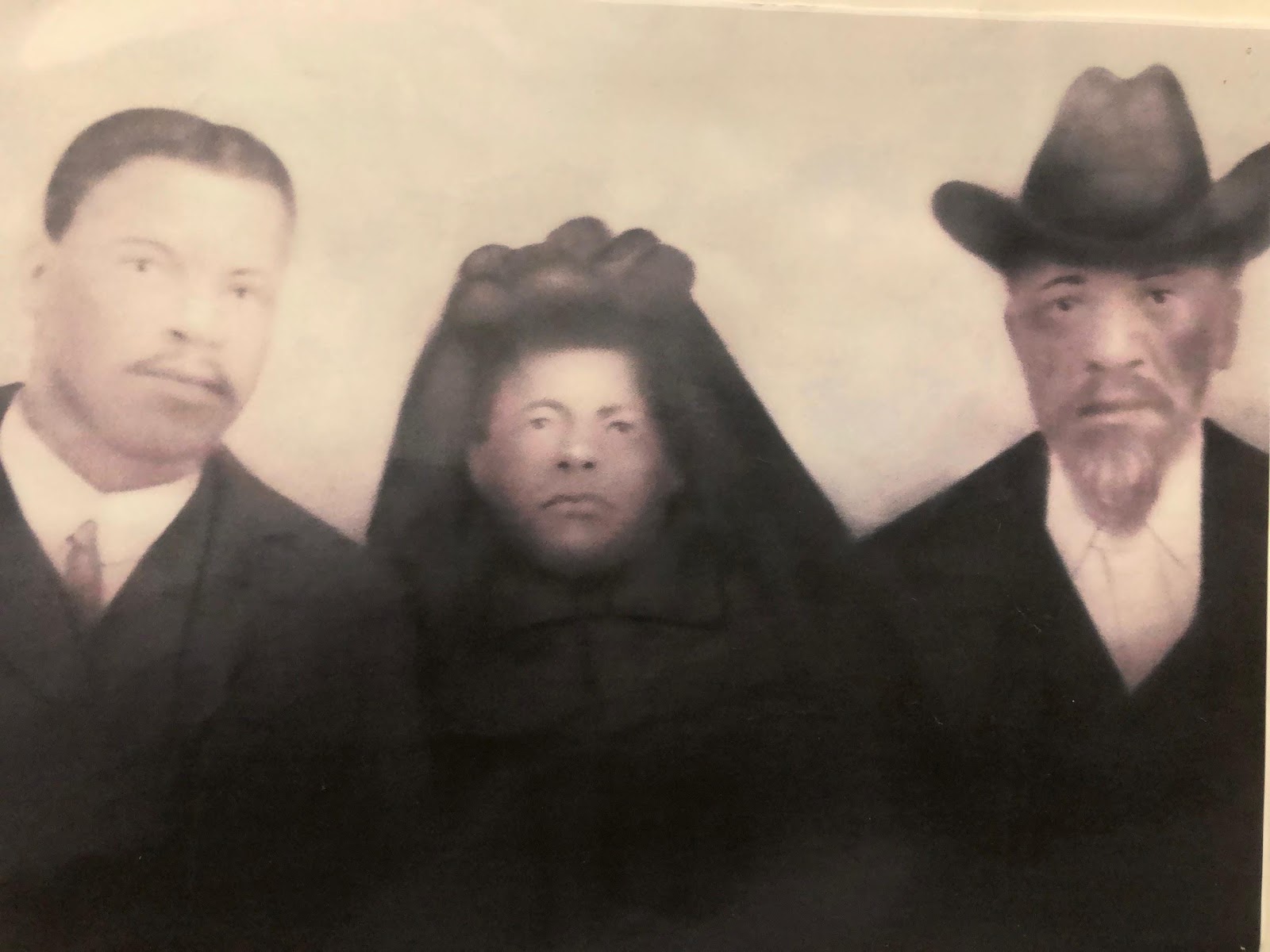 Elder Aaron Munland was the first moderator of the Mount Pleasant Association of Primitive Baptists.

“Interestingly enough, these former slaves kept records,” said Jackson. “I have many of the minutes from those meetings.”

From those meeting minutes, Jackson was able to piece together the story. His great-great grandfather Elder Washington Hodge was the first clerk of the Association. All the Primitive Baptist churches from the various counties would meet in October. The meetings were usually three days and would move from church to church.

“I recognized a long time ago the value of a document for recording a story because a lot of African-American history was oral history, oral recording,” said Jackson “So, whenever I found a paper document, that was like I’d found some gold.”

Piecing together this story has been years in the making for Dr. Jackson. He has been across Bulloch and surrounding counties, gathering documents and obituaries. He is currently working on a manuscript on the Black Primitive Baptist churches of Bulloch County.

A lot of his information came from a lady named Miss Essie Mae Powell, former secretary of the Banks Creek Primitive Baptist Church. She was knowledgable about the church’s history, and African-American history. In her home, she had a minutes and obituaries that came into Dr. Jackson’s possession, following her death.

“She was secretary of the Banks Creek Primitive Baptist Church for 33 years, so she had a very extensive history, and she could call numbers, dates and there are few people I’ve run into that had the clarity of her thought,” said Jackson. 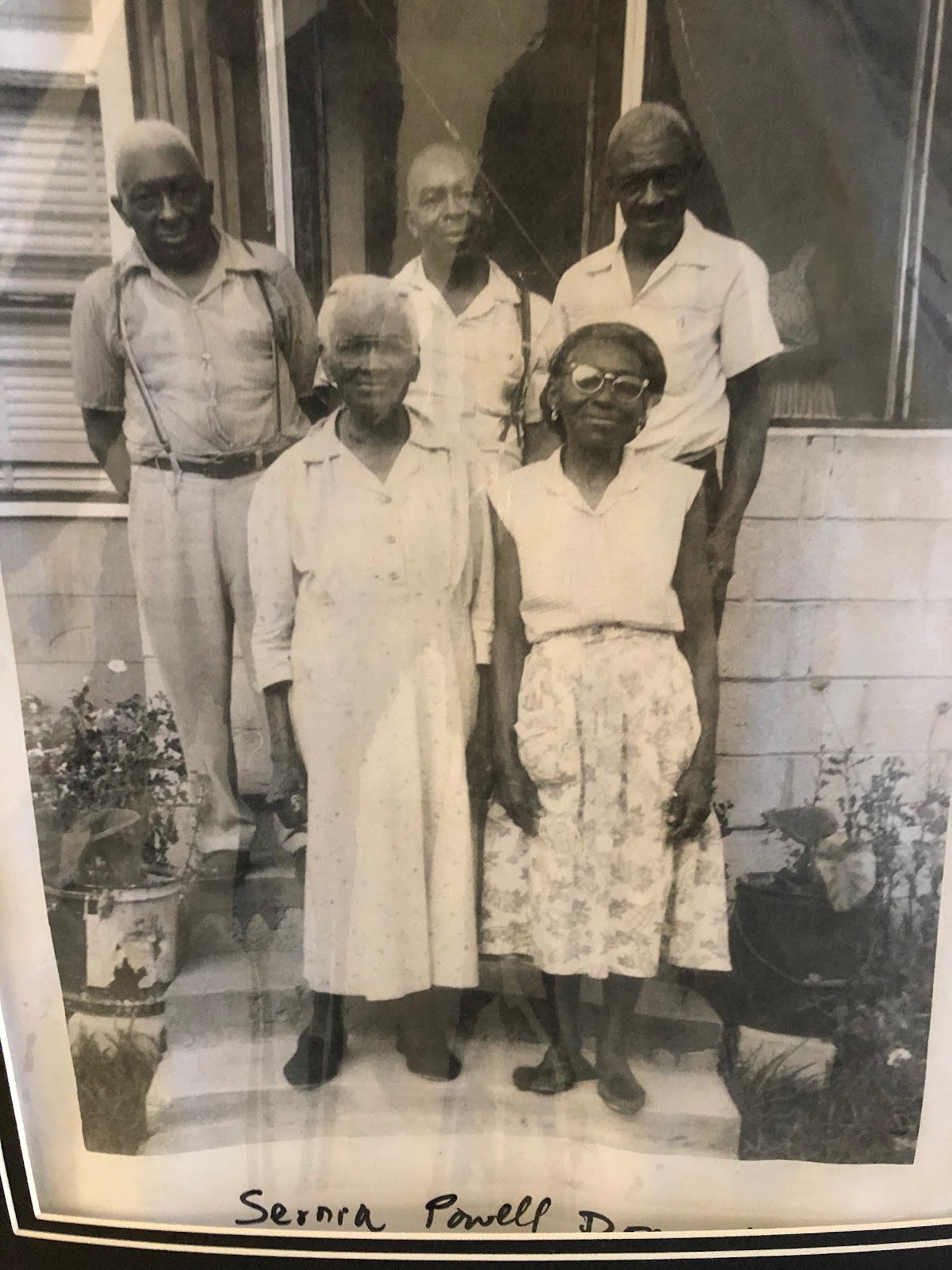 Miss Essie May Powell (front right) with her mother, Serena Powell Donaldson, and her brothers (from left to right) Thermine, Mertyce and Charlie

Dr. Jackson’s time with Miss Powell increased his interest in the history of the church.

Jackson now has a pact with the funeral homes in Statesboro. Whenever anyone dies, they automatically save the funeral programs for the Willow Hill Center Archives.