“Yes means yes and no means no”: Take Back the Night March makes a statement on campus 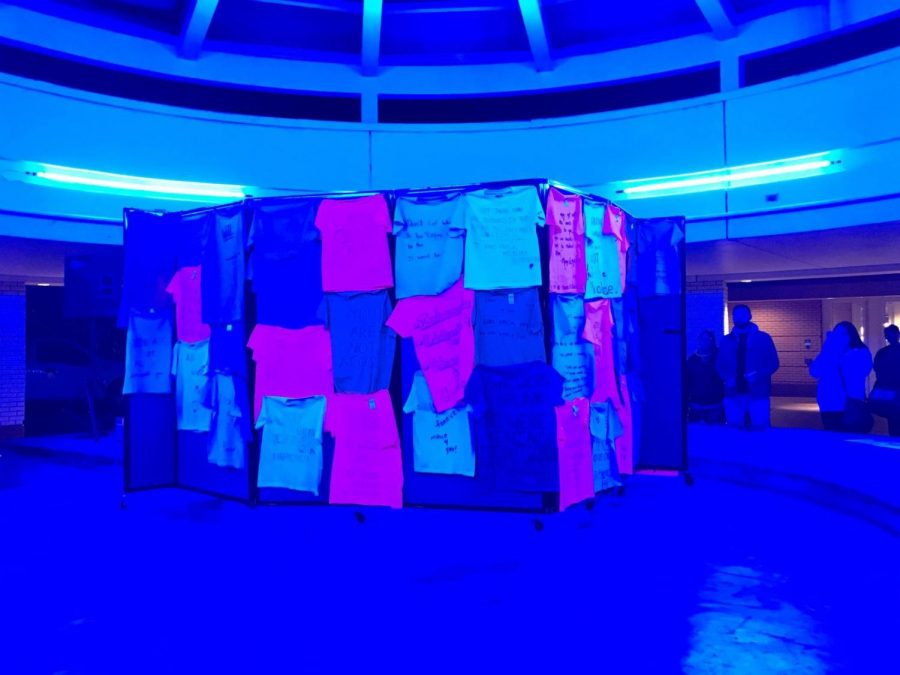 The Take Back the Night March ended at the Russell Union Rotunda on Thursday. Participants gathered here to share their stories an connect with others.

STATESBORO — Georgia Southern’s Take Back the Night March took place Thursday night, followed by the End the Violence Rally, to raise awareness about interpersonal violence and show support for survivors.

“This is kind of our thing to help bring awareness to the issue and encourage discussions about sexual violence,” Skylar Thornton, president of the Sexual Assault Student Educators, said.

Participants also held signs with sayings written on them related to bringing awareness to sexual violence.

Chants used during the march included, “However we dress, wherever we go, yes means yes and no means no,” and, “We have the power, we have the right, the streets are ours to take back the night.”

The march began at the bus stop in front of the University Store and traveled past Eagle Village before coming back through Centennial Place.

The march ended at the Rotunda, where a display of T-shirts made during this year’s Clothesline Project was set up as a backdrop for the End the Violence rally. A total of 91 shirts were made throughout the week by students this year, according to Lauren Patterson, the chair of the GS Sexual Assault Response Team.

Candles were lit for the candlelight vigil, and Patterson read a quote from Tarana Burke, founder of the Me Too movement, as a message for survivors of sexual violence.

After a brief moment of silence, the vigil transitioned into the open mic portion of the event, where people were encouraged to take the stage and share their stories or show support.

“I think that everyone who came was full of passion,” Rebecca Akins, a sophomore elementary and special education major, said. “I hadn’t planned on speaking, but just the energy and the compassion you could feel made me feel comfortable and want to participate, so I did.”