Islamophobia in the Charlie Hebdo Aftermath 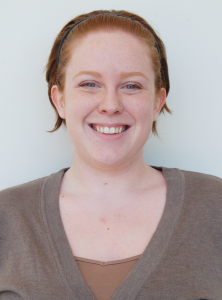 The January 7th shooting at the Paris offices of Charlie Hebdo seems to have given some people license to be Islamophobic. I’m not just talking about the usual suspects: the misguided right-wingnuts on television or the radio. Rather, one response in particular I find troubling is the influx of political cartoons dedicated to the memory of the fallen. Some of the images involve a villainous brown man in a turban trying to inhibit free speech with violence. While some of these cartoonists have taken care to clearly label their villains as “Islamic extremists”, an unintentional secondary message is still spread with the bigoted stereotypes of Islam.

While attacking freedom of speech is no small thing, is it really necessary to respond with Islamic caricatures? The brown man with a big nose and a turban is an image perpetuated as an ultimate villain. This is a tasteless representation that has been unnecessarily super-glued to an entire religion. It is provocative for the sake of being provocative and not exactly conducive to the situation. Provocative commentary that may initially result in shock but leads to deeper thinking is a helpful asset to analyzing an issue. But what is generally provoked by an image of an Islamic terrorist? Feelings of hatred that attach the religion as a whole. Even a good idea loses some credibility when it relies on images rooted in hate.

The Charlie Hebdo massacre may have been an act of hatred, but so is perpetuating a villainous image of Muslim people. This is not to suggest anyone who perpetuates racist images should fear for their life, nor should these images necessarily be censored. I’m all for provocative commentary and freedom of speech, but these “memorial” images do much more harm than good. Where’s the harm in taking a step back and reconsidering before these images are used? If the pen is mightier than the sword, messages need to be crafted more carefully.