Recap and Images from Thursday nights game against App. State 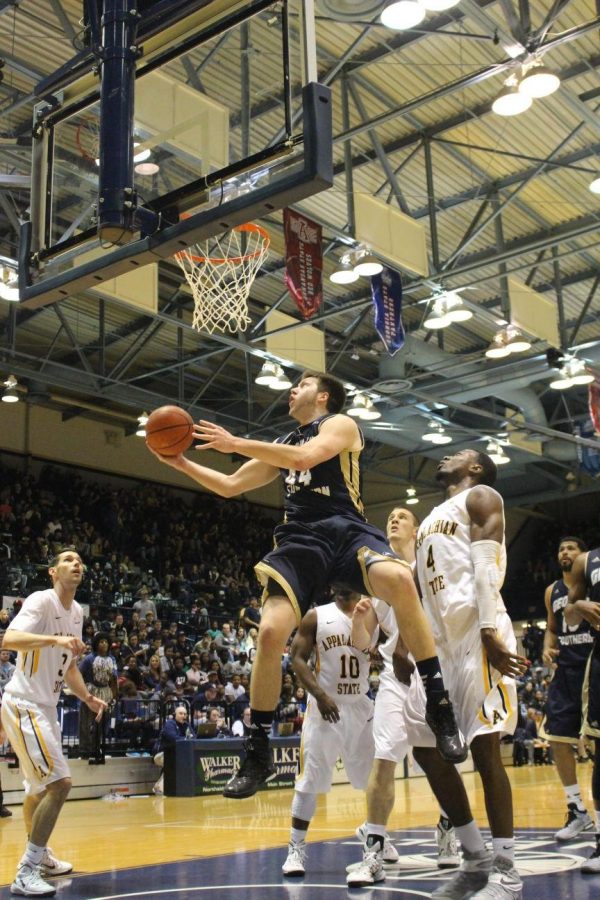 The Georgia Southern Basketball Team defeated rival Appalachian State with a dominant 83-46 to stay in first place in the Sun Belt Conference.

The Eagles never trailed after starting the game on a 13-2 run. Led by Jelani Hewitt, Trent Windeman, and Angel Matias, the Eagles dominated the whole game with a 52 shooting percentage from 3-point range while the Mountanieers were held to 29 percent shooting.

The Eagles will continue their five-game home stand against UALR on Saturday at 7:30 p.m.