Behind the Screens of Turnt Media 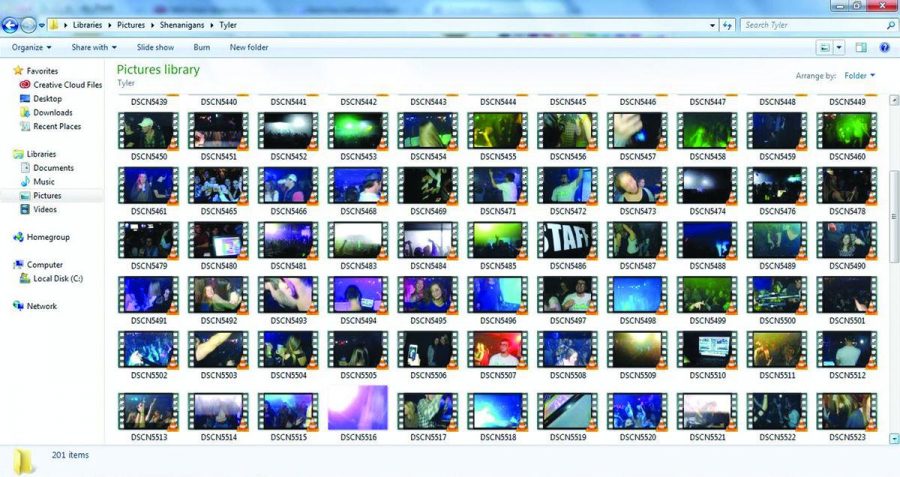 Meg Elwood
ell known throughout the city of Statesboro, having more than 200,000 YouTube channel viewers, and being featured videos on sites like Total Frat Move and BroBible, Turnt Media is the latest and greatest videography group of GSU.

Everyone knows who they are and what they do, if you don’t know who they are, just think back to the last super extreme party at the bars. Did you see three guys with cameras on them all night long? Whether it be strapped to their head, on a “selfie-stick”, or cautiously holding them above hectic crowds all for the sake of making a great video? Yep. That’s the guys over at Turnt Media.

Georgia Southern University graduate Bobby Shubert is the mastermind behind Turnt Media. It began as simply an enjoyable hobby which exploded after he uploaded an edited video of a Spring Break trip to Panama City Beach a few years ago.

“It’s always been a hobby of mine ever since I can remember, I’ve always loved making videos.” Shubert said, “ It’s just made even better when a large amount of people like the videos and give great positive feedback, then you just want to make more.”

That video on its own has 90,000 views, and that’s not even the maximum on their YouTube channel.

As Turnt Media took off, Shubert was offered help by now GSU senior Tyler Moody and former GSU student Jeremy Yuill. All three can be seen holding cameras cautiously through drunken crowds and taking selfies with groups of people via GoPro’s attached to a “selfie-stick.” Moody is the Marketing-Man for the group through their Facebook, Twitter and Instagram accounts. Yuill is a video editor with Shubert and is also the graphic designer for their business cards and ads.

If you haven’t seen one of their videos yet, pull out your phone, search and watch in HD. But how do they actually make these videos happen? Let’s go “Behind the Screens” of Turnt Media.

A local event is being held and the guys over at Turnt show up to the venue. Throughout the night shots from all different angles and lengths are taken. Shubert collects the SD cards from Yuill and Moody and then the editing process begins. (Image 1) Hundreds of clips are collected. The boys sort through them, finding the best and discarding the worst, and then a song is chosen. This is where the love comes in. They choose and agree on a song that enhances the clips by flowing with all of the movements going on in the video, whatever song works is the song that the video will be designed to. (Image 2) The editing process begins. Clips are enhanced, cropped, merged and made beautiful (*Cue Technologic by Daft Punk*). This is the most time consuming part of the process, but also the most rewarding. (Image 3) After the video has been through the minds of the Turnt Media boys, the video can finally make its way to its final destination: The Internet. Everything is on their YouTube channel and from there it’s posted and shared on Facebook, Twitter, etc.

The boys of Turnt Media do a great thing for people here on campus. They put in many hours of hard work to make these videos. Not only do they give students and the community intense videos to watch, but they also improve the business of local bars. Whenever and where ever people see the words along the lines of “Turnt Media will be filming,” you can expect to see a large crowd of people there.

For more information and to see Turnt Media’s videos yourself, check out their pages:

Want them for an event? Contact them here: turntmedia@gmail.com