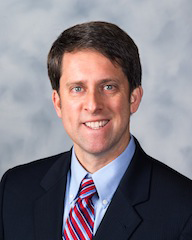 Fall graduation is quickly approaching and as the preparations are made here at Georgia Southern University, the commencement speakers are preparing for the occasion as well. On Friday, Dec. 12, the 23rd Annual Fall Commencement will be held at Hanner Fieldhouse with three ceremonies throughout the morning, all with different speakers.

The graduation ceremonies will be streamed online and family members and friends of the graduates are urged to tweet and post on social media using #GSGrad14.

Rob Anderson, Vice Chancellor for Educational Access and Success at the University System of Georgia (USG), will be speaking at 9 a.m. for the graduates of the colleges of graduate studies, education, business administration and public health. Anderson has had an influential role in the student’s preparedness for college and making access to postsecondary education and financial aid easier in the state of Georgia. According to the Georgia Southern Commencement page online, his role is to oversee the USG’s Complete College Georgia initiative and educator preparation.

Colonel Thomas Tickner, commander and district engineer for the Savannah District U.S. Army Corps of Engineers, is scheduled to speak at 11 a.m. for the graduates of the colleges of graduate studies, science and mathematics, engineering and information technology, and health and human cciences. According to the Savannah District of U.S. Army Corps of Engineers, Tickner has earned various awards with the military including the Legion of Merit, the Bronze Star Medal and the Meritorious Service Medal. He has also earned undergraduate and graduate degrees in civil engineering and a master of science in national resource strategy.

Vic Reynolds, District Attorney of the Cobb Judicial Circuit, is the last speaker of the day at 1 p.m. speaking for the colleges of Graduate Studies, interdisciplinary BS, interdisciplinary BA and liberal arts and social sciences. According to Georgia Southern’s commencement page, Reynolds graduated from GSU and began his career in the justice system as a police officer. He served as an assistant district attorney and then a chief magistrate in Cobb County before becoming the district attorney.