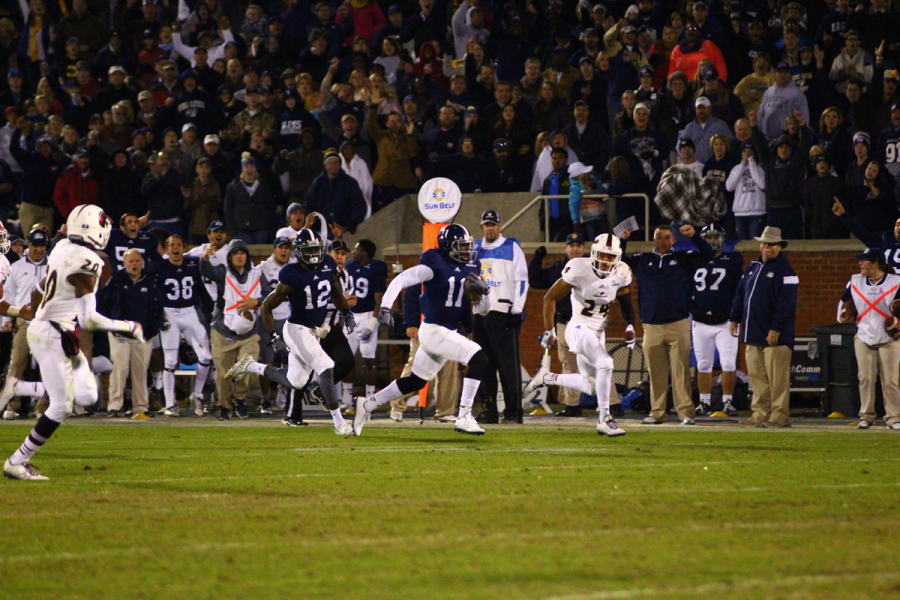 In the realm of sports, there exists tales of unlikely heroes emerging on the big stage. These stories often resemble that of a Hollywood script. Whether it’s Bucky Dent hitting a ball over The Green Monster in 1978 or David Tyree catching a pass with his helmet in Super Bowl XLII, the bright lights can make for the unlikeliest of names to light up the box score.

For the 2014 Sun Belt Champion Georgia Southern Eagles, that unlikely hero was senior quarterback Ezayi Youyoute. The Wauchula, Fla., native was called by Willie Fritz to step in following injuries to quarterbacks Kevin Ellison and Favian Upshaw. Oh, and did I mention the Eagles were trailing UL-Monroe in the fourth quarter with an outright conference title on the line? Yeah, some would call that a pressure situation.

The rest, as they say, is history. All Youyoute did was run out there with ice water in his veins and lead two touchdown drives to secure a perfect 8-0 Sun Belt record and an undisputed conference crown. In those two drives, he tallied 81 rushing yards on five carries.

For those of you who may not have been here long enough to remember, Youyoute was once a staple of now Army Head Coach Jeff Monken’s triple option offense. He started four games in the 2012 season, mainly splitting time at quarterback with current Minnesota Vikings running back Jerick McKinnon. Youyoute ran for 454 yards and combined for six touchdowns in 2012.

Youyoute was labeled by many as a “forgotten” player this season. After this performance, it appears that Eagle fans are beginning to remember him.