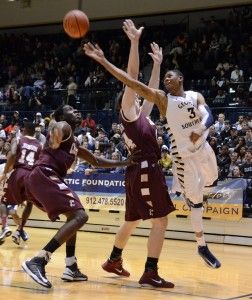 Tom Kleinlein, director of Georgia Southern’s Athletics program, said that Ferguson compiled with and fulfilled the obligations relating to his suspension.

During his suspension, Ferguson went through GSU judicial processes and was found not responsible for the major charges against him, according to the statement.

Ferguson was suspended in July after the Bulloch County Sheriff’s Office searched his apartment and found marijuana, controlled prescription drugs and an “AR-15 style rifle.” Ferguson turned himself in as the second resident of the apartment.