Creationism in the Classroom? 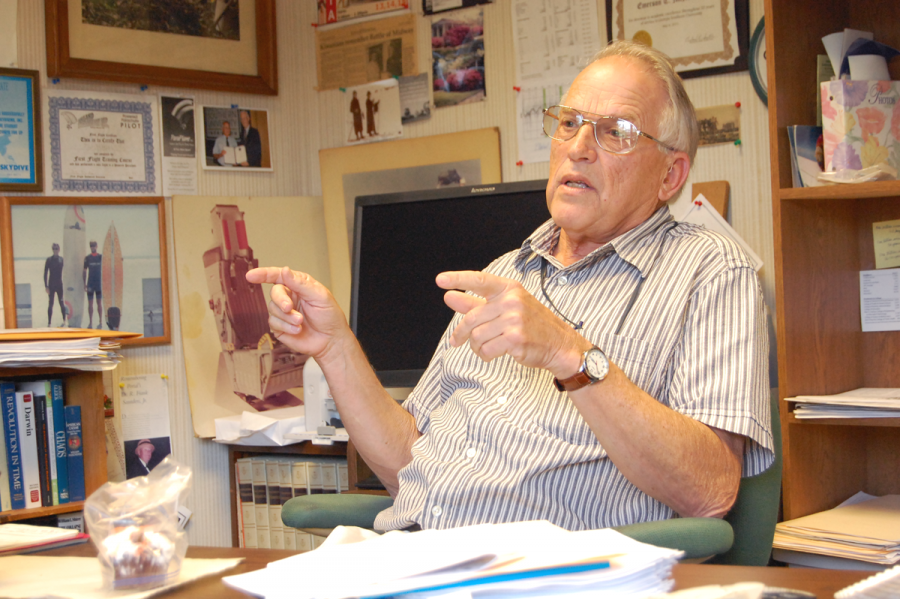 The FFRF sent a letter to President Keel on Oct. 22 after a student contacted the FFRF. Well-known atheist ethologist and author Richard Dawkins and University of Chicago ecology and evolution professor Jerry Coyne contributed to the letter, both of whom are honorary directors of the FFRF.

GSU’s Associate Vice President for Legal Affairs Maura Copeland, replied to the letter on Oct. 30. The reply states that there will be a “thorough investigation” of the allegations put forth by FFRF and The Richard Dawkins Foundation for Reason and Science(RDFRS). GSU President Brooks Keel commented on the situation in an email.

The FFRF, along with the RDFRS accuses McMullen of teaching creationist beliefs as scientific and historical facts, and proselytism- the act of attempting to convert others to one’s own faith.

“A GSU student got in touch with us and told us about what McMullen was saying in his classes. We asked for as much info as we could get from the student, and from there, we did our own investigation into the topic. When we looked, we found a problem,” Andrew Seidel, the FFRF staff lawyer who conducted the investigation, said.

The FFRF’s allegations primarily focus on the suggested answers for McMullen’s essay questions regarding Darwin’s evolutionary theory, extra credit opportunities that required students to write about Christian beliefs and to watch the Christian film, “God’s Not Dead.”

“There’s a legitimate way to talk about religion in a college classroom. To acknowledge it is fine, but to say that it is truth or science is not acceptable,” Seidel said.

McMullen, however, claims that it is impossible to present creationism as a fact.

In response to the allegations against his extra credit opportunities, McMullen stresses that the topics are meant to provide students with a viewpoint they may not get otherwise.

“Standardly, when I give extra credit in History 1112, I have the students read something or go to something and summarize it. I have had them do religious things or criticisms of the idea that we came from a common ancestor, but I’m not trying to push any religion,” McMullen said. “I’ve never given anyone a bad grade for having a different view than me.”

While McMullen maintains that he doesn’t present creationism as a fact, he challenges those that believe that descent from a common ancestor is a concrete alternative.

“Man’s descent from a common ancestor should not be taught as scientific fact, and I’ll debate any biologist that says otherwise,” McMullen said. “The whole idea of Dawkins’s outfit is to go after people like me.”

The FFRF is an non-profit organization dedicated to protecting the constitutional separation of church and state. They deal primarily in public school cases similar to McMullen’s. The FFRF’s 2013 year in review cites that over 130 cases were won outside of court, a large majority pertaining to the presentation of religious teachings as scientific facts in public schools. Since 1977, the FFRF has filed over 40 First Amendment lawsuits.

President Keel’s email stressed that GSU was taking this investigation seriously, and that the university will uphold its responsibility to the Constitution.

Keel said, “As a public university, Georgia Southern is well aware of its great responsibility to abide by all provisions of the Constitution of the United States of America, including the freedoms guaranteed by the First Amendment. All of the University’s actions with respect to this matter will be guided by those Constitutional principles.”