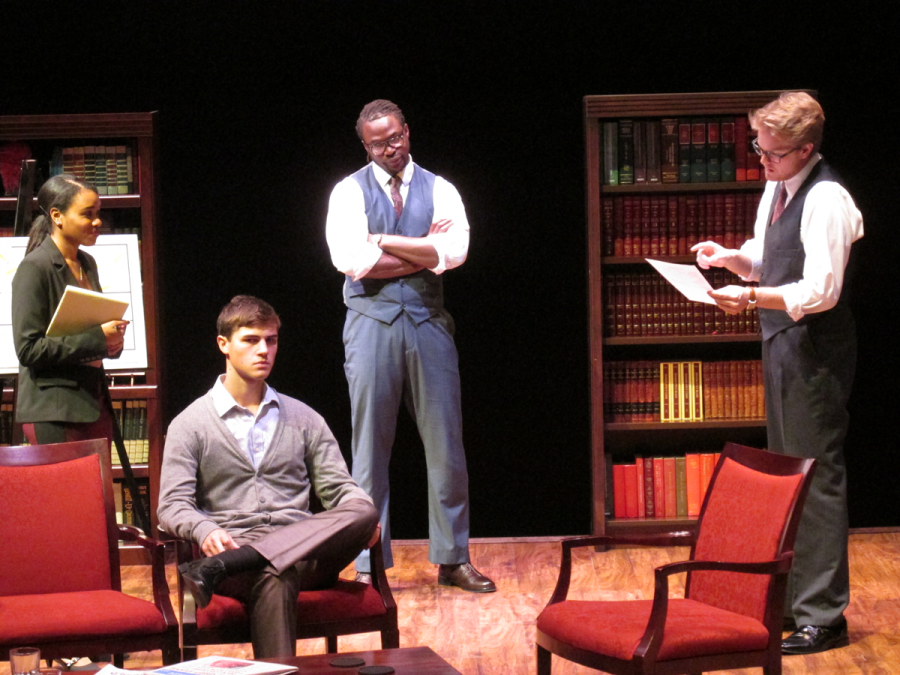 Since this past Wednesday, Sept. 24, students have been flooding into the Georgia Southern Black Box Theatre to see the controversial play, “Race.”

As evident by the name of the play, one of the major issues addressed in the show is that of Race and how people carry prejudices and judgments with them every day.

“In a sense, “Race” teaches us that even though we may claim not to judge a book by its cover, our natural way of life and history shows that it’s something we can’t escape, and I think that is a very valuable lesson to learn,” sophomore multimedia journalism major Vivian Guerra said.

The play also dealt with gender bias and talked about issues that often make people uncomfortable and are left undiscussed.

“It brought something to the surface that many people either try to ignore or say doesn’t matter anymore: the color of our skin and how people react to it. Even in this day and age, “Race” is very appropriate in its attitude about racial issues, especially after the whole Ferguson fiasco. It also brings up the attitude of sexism. Being that I am an African American and a woman, I already have two strikes against me and this play lets me bring these issues to the discussion,” junior graphic design major, Anna Salim said.

Unlike most plays that give a specific conclusion, “Race” left a great deal of room for questions and did not provide the audience with any definite answers.

“The questions raised by the play really made me examine the internalized prejudices of our society be it misogyny, race issues or class differences. The play didn’t give me any answers, but left me to find them for myself,” junior English major, McKinley May said.

““Race” shows the different types of racism that are prominent in today’s society. It gives us so many questions and so few answers, and that is what is so magnificent about this play,” junior theatre major, Sierra Clay said.