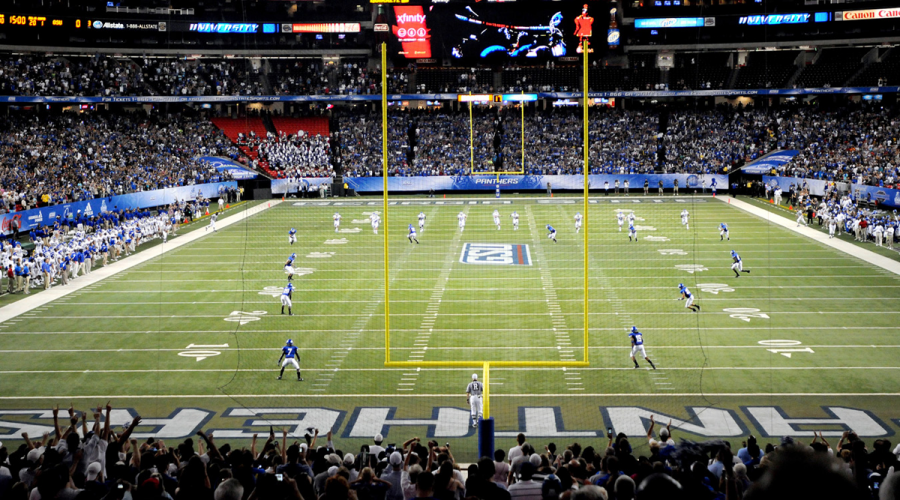 Georgia State University launched its football program in April of 2008 and has experienced a short road to the FBS.

In June of that year, Bill Curry was named the first head football coach in school history. Curry played football collegiately at Georgia Tech before beginning an NFL career that saw him play for the Green Bay Packers, Baltimore Colts, Houston Oilers and Los Angeles Rams. Before being named the Panthers’ head coach, Curry had previously been at the helm of Georgia Tech (1980-86), Alabama (1987-89) and Kentucky (1990-96).

Georgia State’s first season took place as an FCS Independent program in 2010. The first contest in school history was a 41-7 win over Shorter University. The Panthers went 6-5, which included a 63-7 loss to the University of Alabama in Tuscaloosa.

In 2012, Curry announced his retirement from coaching. His replacement was Trent Miles, who previously coached Indiana State University. In April of that year, the University announced it was going to join the Sun Belt Conference and compete at the FBS level in 2013. Georgia State became members of the Sun Belt on July 1, 2013.

The first season for the program in the FBS was a dismal one. The Panthers went 0-12 and were ranked as the worst FBS team during the 2013 season.

The 2014 team, however, has shown improvements from the previous season. Coming into this week, the Panthers are 1-6 (0-4), but have played close games against Sun Belt powerhouse UL Lafayette and South Alabama.