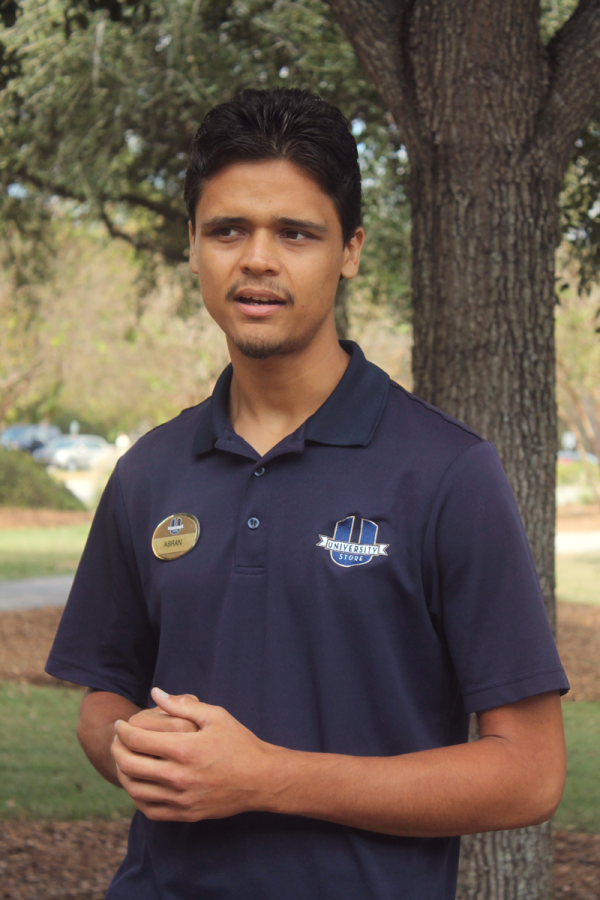 When Brieana Williams was in high school, there were days when her parents had to help her get into her clothes. Now that she’s attending college several states away, she has to manage on her own.

“It’s kind of something weird to ask your friends,” Williams said. “’Can you help me put my pajamas on because I can’t move my shoulders?’”

Williams has a connective tissue disease, and when she has a flare up, her joints swell, making movement difficult and painful.

Connective tissue disease is an autoimmune disease, but Williams said that the term is essentially a catch-all for someone who displays some but not all symptoms of several other similar diseases, like lupus, fibro myalgia and rheumatoid arthritis.

For Williams, sometimes one of the harder things about her disorder is that no one can see that she has it. She said she is often afraid to ask for accommodations because people may not believe she really needs them.

Getting to and from class can often be its own hassle. A lot of walking can be painful, Williams said, but standing on the bus is another ordeal altogether. To properly brace herself, Williams has to lock up her joints – but they don’t always unlock when it’s time to get off.

“If the bus is full and I know that I’ll have to stand, I’ll just wait and be late to class,” Williams said. “I don’t want to go up to them and be like, ‘Excuse me, can I sit down? I’m handicapped.’ Because they’re going to look at me and be like, ‘You’re not handicapped. Stand up.’”

Sometimes, Abran Cruz’s thoughts keep him up at night.

Diagnosed by the Student Disabilities Resource Center with dyslexia and obsessive compulsive disorder, things like reading through homework assignments take a much longer time for Cruz – but he also feels compelled to finish every piece of reading he starts.

“I can’t just put it down. That thought will just irk me and it will be at the back of my mind, pulling at me,” Cruz said. “And that’s what they call compulsion and obsession. I have a compulsion, I feel compelled personally to finish that book, and obsessive because it never leaves my mind.”

For this reason, it irks Cruz when people throw the term “OCD” around in common conversation, using it to describe something they are particular about.

Unless a person has experienced obsessive-compulsive thoughts, they can’t truly understand what it’s like, Cruz said.

“Why can’t you just do it like everyone else?”

Cruz and Williams both receive accommodations from the SDRC.

Williams also sometimes has problems with lupus fog, which can result in forgetfulness. She leaves notes around her room to remind herself to do things like lock her door when she leaves.

The center makes her more comfortable speaking to professors about her health, so her absences due to medical reasons will not be judged by her healthy appearance, Williams said.

“I kind of look like I’m faking it, if that makes sense,” Williams said. “But being through the SDRC makes me more comfortable talking to professors about it.”

Cruz’s obsessive compulsive disorder can mean he spends most of his free time studying, but that was not always showing on his tests due to his dyslexia. Though he attended another college before Georgia Southern University, he never received academic assistance.

“I should be able to do the same things everybody else does, and whatever they go through, I should have to go through too,” Cruz said on his mentality at the time.

However, Cruz soon realized that not everyone had to go through what he went through.

Now he receives double the test time and access to a service that will read his textbooks aloud to him, because while Cruz struggles with reading, his audio recall is excellent. He has seen an improvement in his grades since receiving these accommodations.

Cruz is grateful for them, even if some people do not understand why he needs them.

“My grandparents, they are very traditional, and they grew up using the old-school mentality of either you do it or you don’t,” Cruz said. “I try to and I realize there are handicaps that I just don’t get over, that I just can’t deal with, and they don’t understand this.”

“I hope you get better!”

Connective tissue disease, dyslexia and obsessive compulsive disorder are all things that are not curable. The people with these diseases and disorders simply have to learn to adapt their lives around them.

This is why it bothers Williams so much when people find out about her disease and wish her a quick recovery.

“It kind of sucks when you tell somebody that has to live with this for the rest of their life ‘I hope you get better,’” Williams said. “Because you have to be like ‘I’ll never get better.’”

Rather, Williams would just encourage people to be open-minded, especially when someone asks for assistance.

On the point of “getting better”, Cruz points out that what people call disabilities often come with certain strengths.

“Somebody might be autistic – most of the time they lack social awareness,” Cruz said. “But it’s been proven that autistic children and autistic individuals, whenever they focus on something, they exceed at it. Nine times out of 10, they do way better than ‘normal’ individuals.”

Most importantly, Cruz would encourage people to consider the feelings of others before they treat matters like mental disorders or physical illness lightly.

“This is something we have to intimately deal with for the rest of our lives,” Cruz said. “Whereas they only think about it when it comes up.”