Things to get “Racy” at the CAT 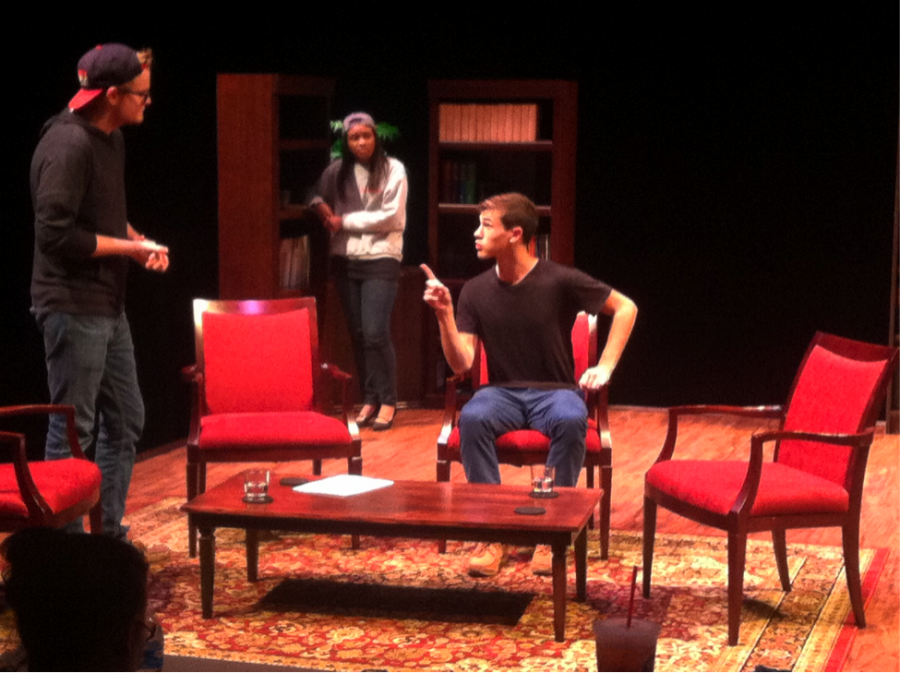 Sex, scandal, gender bias, and racial tension are among the few heated topics the Georgia Southern theatre department hopes to get students talking about after their fall show, “Race”.

The play, “Race”, will be taking place in the Center for Arts and Theatre from Sept. 24-Oct. 1 with shows beginning at 7:30 p.m. every night except for the Sept. 28 Sunday matinee beginning at 2 p.m. Student tickets are $5 and general admission is $10

“Race” follows the story of three attorneys, two black and one white, offered the chance to defend a white man charged with a crime against a black woman.

”I think ‘Race’ is an interesting show choice, considering the show’s topic is centered around “race” and other factors such as sex, gender bias and what it means to be a white versus black in America,” senior communication arts major and cast member, Tatyana Arrington said.

The plot continues to unfold as the three lawyers and the defendant argue over the evidence of the case and their own feelings about race.

“I think that the show is a dark twisted tale over a subject matter that is sensitive and controversial, but the way that the playwright wrote the words and the rhythm of the language makes for an entertaining and thought-provoking night at the theater,” junior theatre major and cast member, Whitaker Gardner said.

The play, “Race” raises several questions about sensitive topics like preconceptions and racial bias people carry with them every day as well as gender bias and sexual conflict.

“I hope when people see ‘Race,’ the show will leave them talking and pondering over the questions we as actors have asked ourselves. I hope it will start interesting conversations and debates between people who decide to come see it,” Arrington said.

“Race” includes a great deal of serious subject matter as well as adult language and is recommended for mature audiences.

“Students may have a good time with the mature language splattered throughout every sentence and with the dark humor moments, but I ultimately want the students to think and question this dark topic,” Gardner said.

Despite only having a month to put the show together, the cast of “Race” is very enthusiastic about their upcoming performance.

“Overall the show is an amazing piece of work that needs to be performed and with this talented cast performing it, the show reaches new levels of entertainment,” Gardner said.