‘They couldn’t find any pants that actually fit me’: Simeon Carter reflects on his unusual path to discovering basketball 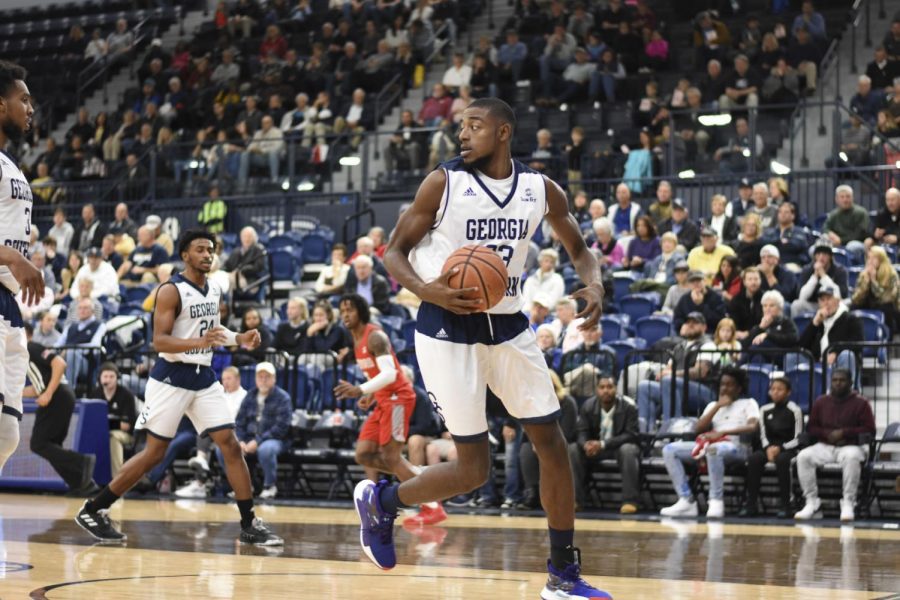 As Simeon Carter sat back in the chair, he slumped back with his arms folded across his chest and his legs dangled on the ground. He was always smiling and trying to conjure up the next joke in his head, so his nickname as the team goofball is fitting. He kept moving around and shifting uncomfortably, admitting that he can’t sit still for long.

After a dramatic growth spurt, Carter started getting active, but basketball was not in the picture yet.

The journey of being a Division I athlete for Carter began at Iowa State. The Big-12 school was drastically different from his hometown of Charlotte, NC. He realized that he wasn’t getting along with the coaching personnel and decided to transfer after two seasons up north.

“There’s no NBA teams in Iowa so we got so much love,” Carter said. “We were treated like NBA stars and I loved the atmosphere. I loved Iowa State…Choosing a school is actually really hard. I used all five of my visits. I had to do a lot of learning along the way because I wasn’t familiar with anything.”

The 6-foot-8 forward towers over the average student at GS and he was welcomed with open arms, in a roster that was pretty vacant of big men.

Coming out of high school, Carter was a three-star recruit. But, he wasn’t a basketball-head his whole life. He was a wide receiver on his middle school football team and was even on his high school’s swim team, though he didn’t actually compete in the meets.

Undecided on what his afterschool gig would be, he went into JROTC because some of his family members were in the service.

“I had to drop out because they couldn’t find any pants that actually fit me,” he said laughing.

He didn’t start playing organized basketball until his junior year, and it was only because the basketball coach egged him on to do it.

After the coach piqued his interest, he went into high gear training. He was in the gym every day, including the weekends, putting up shots. He had to completely teach himself the ins and outs of the game, with help from watching countless hours highlight tapes of Kobe Bryant. Weeks later, he still can’t talk about his idol’s tragic death.

Carter is about to shut the door on his college career, and he’s really not sure what’s next for him. He will receive his bachelor’s degree in interdisciplinary studies and hopes to go into a field that involves kids. He laughs as he says that little kids look at him in amazement sometimes when they realize how tall he is.

Carter started the season on the wrong foot, where he was suspended indefinitely against Auburn for violating team rules. He has since turned things around and now leads the team in blocked shots. His seven foot wingspan can be thanked for that, but he says he rarely thinks about his height.

Sometimes, he thinks about how he was just a short and chunky kid from North Carolina looking for the right direction in life. Now, he’s grown into a top player with help from the right people. He has grown to love Coach Byington, though it wasn’t an easy transition for him at first.

“We’ve bumped heads but we’ve developed a relationship to where he trusts me and I trust him,” Carter said. “He’s a cool person and he’s really about his game plan.”