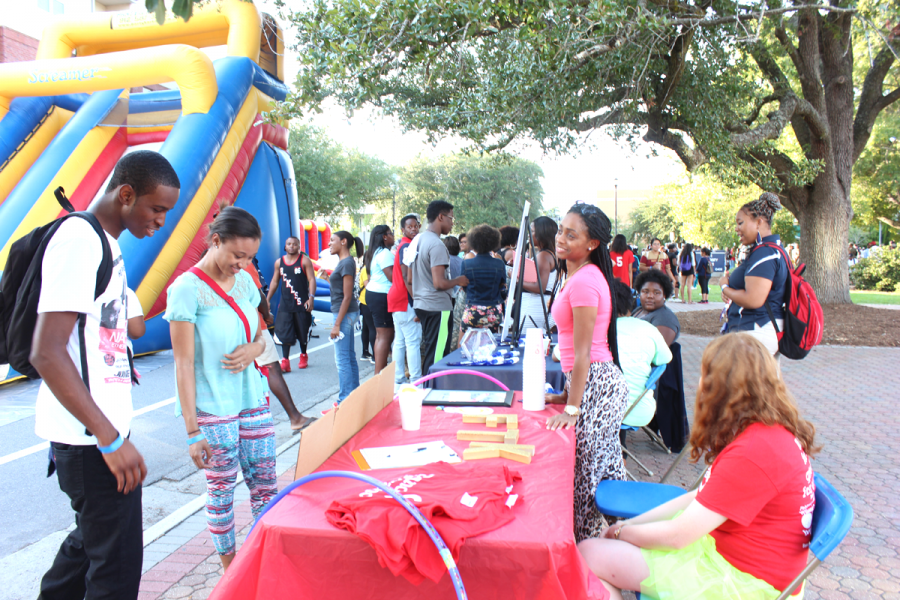 Students and members of ROTC gathered on Georgia Ave. to pay tribute to 9/11 and to celebrate the unity of GSU.

“It’s an opportunity for the campus to come together and celebrate unity, culture, and just the respect and appreciation of people’s culture and ethnicity – just all aspects of diversity in a fun environment,” Dorsey Baldwin, director of MSC, said. “How can we help to promote a diverse and inclusive campus? [Unity Fest] is just one of the ways we help.”

From 6 to 9 p.m. attendees were not only able to catch incredible performances, they were also able to check out some of GSU’s best organizations. Also in attendance were the ROTC department and the Student Veterans Association, who served as honored guests.

Perhaps the most inspiring part of the evening was the tribute to the lost loved ones of 9/11 and to Southern’s very own veterans.

“We thought it would be amazing to work with the ROTC Department to get the Color Guard to present the colors,” Baldwin said. “We wanted to recognize and just thank the students who [were] in attendance who are veterans.”

As part of the 9/11 tribute, Gazzy Fulcher of Adrenaline Show Choir moved the audience as she sang “The Star-Spangled Banner.”

After the moment of silence, one performance after another took to the stage. With incredible performances from Dyversion Dance Team and the spirited vocals of Soul’d Out, the audience couldn’t help but be entertained. This was especially true when DIMES Fashion Organization modeled their designs and acted out an intense scene that ended with one man’s decision between four women. Audience members were captivated from start to finish, some eyeing the fashion and others wondering who the guy would choose.

They weren’t the only ones with upbeat attitudes about Unity Fest. Many other attendees shared the same positive attitude about the event, including Tierney Ridley of Soul’d Out.

“I love the idea that we’re a united community,” Ridley said. “We’re all part of [Georgia Southern] and I feel like we should be exposed to what everyone’s interests are, so we can become better acclimated to what our student body is.”

“I think [Unity Fest] is a great idea because as a campus, we have to stand together. If we don’t, then we’re not really a campus,” N’dea Rackard, who serves as an officer in SAAS, said.

True to its name, Unity Fest brought together students from a variety of backgrounds and interests. Singers, rappers, dancers, fashion designers, veterans, Greeks, scholars and cheerleaders are just a few of the many people who came together to celebrate GSU and each other.