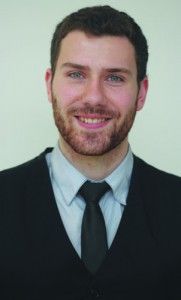 Everyone has been told that the key to being healthy is eating right. That’s great advice, but it comes with a catch: how can students afford to eat well when they have little to no income? We need to make healthy food more affordable and in the process remove unhealthy foods that are slowly killing people every day.

Unhealthy foods can affect your energy level. Missing out on the nutrients you need can make you feel weaker. When you put your body under unneeded stress by eating unhealthily, it can affect you physically as well as mentally. It creates obesity, depression, and a variety of illnesses. It ultimately kills from the inside out.

Not only do you have to be careful with where you get your food from but also with where restaurants and food manufactures get their meat from. Many animals that are raised for their meat are beaten, mutilated and handled without care at all. Therefore, the animals undergo insane amounts of stress which is really bad for the meat, not to mention the animals aren’t often fed natural food which makes them unhealthier. They are also pumped full of unnatural additives that cause them to grow bigger and faster. This is bad for us and it allows the fast food industries to create cheap fast food that they can profit from.

We need to start by banning food with cheap additives like MSG, salts, cholesterol and other unhealthy things added to them. This may seem like an impossible change but let’s look at countries like Ireland that have already banned genetically modified foods. They’re doing just fine with the change, both the farmers and the consumers.

Let’s make it so eating healthy isn’t just a luxury but an affordable, enjoyable, stress-free part of everyone’s life.