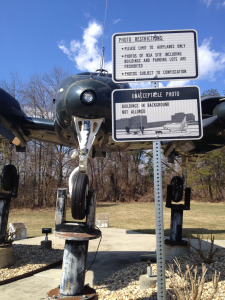 Spring break is a time that most people devote to leisure and relaxation. Jared Sexton, however, is not like most people, and spent his week in a world similar to George Orwell’s “1984.”

Sexton, an assistant creative writing professor at Georgia Southern University, made the 600-mile trip to Annapolis Junction, Maryland to pay a visit to the National Security Agency (NSA) headquarters. Since December of 2013, Sexton has been working on a book set in the Maryland town and decided to get a first-person account of the area.

“Most of the time, if you’re going to do research for a novel, you can find pictures online or YouTube videos of a place you haven’t actually been; from that, you can render the place. But they [NSA] don’t have that,” Sexton said.

Sexton’s book: “The Weatherman” is currently still being written. The plot revolves around an NSA worker that misuses the power his job grants through phone solicitation of his love interest.

“They’re basically able, if they so choose, to access every phone call made in America. Technically, they aren’t supposed to, but a few people have. They admit that there have been a few agents who have overstepped their boundaries. I’m writing a novel about a guy who overstepped his boundaries,” Sexton said.

When Sexton was closing in on his destination, he began to see exit signs marked “NSA Employees Only.” The signs eventually led him to a fork where he was faced with a fairly simple choice.

“You can go on straight [to the headquarters], and basically get detained, or you can take a curve,” Sexton said.

The curve leads you around the ominous, Mecca-like NSA building to the more welcoming arms of the National Cryptologic Museum. The museum houses various artifacts taken from the history of spying. Some of the featured exhibits date back to the 40’s.

“A few years back the NSA decided they needed some public relations, so they decided to open this museum. So you can drive to the museum and you go right past headquarters,” Sexton said.

After a visit to the museum, Sexton noticed at the mouth of a trail in the woods beside his car. Naturally, he decided to walk down the trail.

“The trail is labelled: National Code-Breaker’s Trail. As you start walking through it, you begin to notice all these signs that say ‘under surveillance.’ There are cameras in the woods. It’s very creepy. When you get to the other side, there’s this little park with all these spy planes,” Sexton said.

The trail took Sexton within 100 yards of the headquarters, where he could see unmarked cars and security cameras spanning the perimeter of the locked-down building. Sexton returned to his car, and set out towards the actual town.

Before he got back to the town, Sexton was pulled over and questioned. Sexton assured the officer that his intentions weren’t malicious, and then immediately resumed his journey back to Annapolis Junction.

“I only stayed one night, because it creeped me out. I had weird conversations with people, which I think is just an ingrained thing in this area, because everyone thinks you’re either NSA, or an outsider,” Sexton said.

The town, like the NSA, is shrouded in mystery. The community has virtually no online presence, and finding photos of Annapolis Junction is nearly impossible. The small town is home to many NSA workers.

“People who work in the NSA usually don’t even tell their families that they work there. It’s so unbelievably secretive. There are signs around the town that say ‘Take off your badges’ because you have to wear badges if you work there. No unclassified talk,” Sexton said.

After an uncomfortable night, Sexton packed his bags and set out towards Statesboro to continue working on “The Weatherman” with a new perspective.

“They literally have every phone call or email that you’ve ever made. I’m not one to say that they’re misusing that information, but it’s very off-putting. We’re living in this time where all of our thoughts and transactions are right there,” Sexton said.