Which GSU will come out on top? 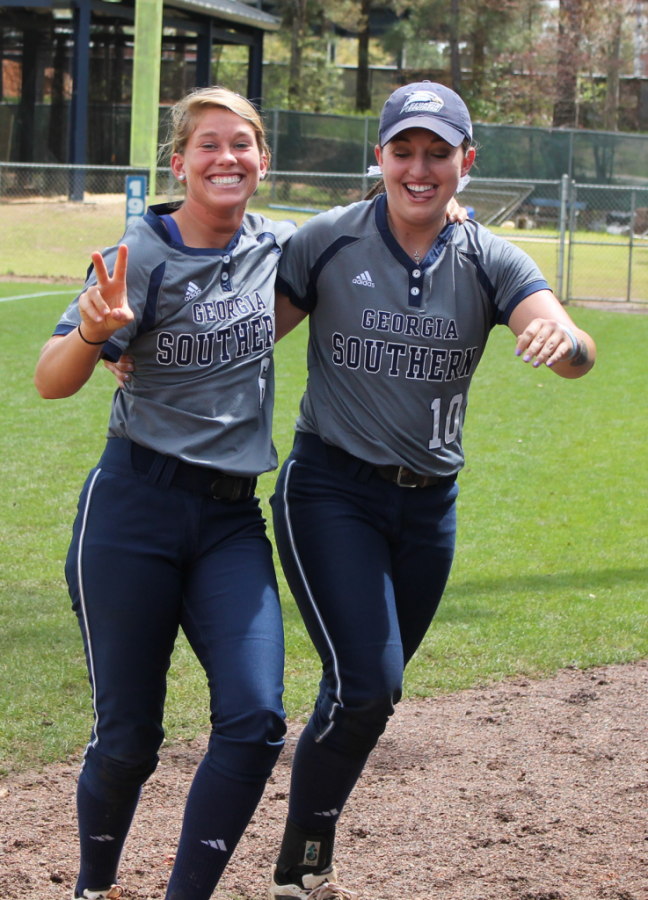 After sweeping three consecutive conference series the Georgia Southern University softball team will have to show the Sun Belt Conference who the real GSU is tomorrow.

Georgia State University has always been an in-state rival, but starting next season they will also be a conference rival. Having something to prove, the Eagles need to bring the precision and focus they showed last weekend against Appalachian State University to shut down the Panthers.

The Eagles do have a big advantage over the Panthers, and that is that they have more time to rest and no traveling time. While the Eagles will be practicing and preparing, the Panthers have to travel for a game at the Georgia Institute of Technology on Tuesday, then they have to travel to Statesboro for the game on Wednesday.

If the Panthers are capable of keeping their energy up, then this could be a close game for the Eagles. When looking at players behind the plate collectively, these two teams line up quite well; both teams have a very well-rounded lineup. But in the field, is a different story.

The Eagles have the same upper hand in the circle as well. The Panthers top pitcher doubles the amount of errors senior pitcher Sarah Purvis has this season. A quick look at both of these teams’ stats and it is clear that both of these teams are capable of posting high numbers, but the Eagles lack of errors and consistency in the field and behind the plate is why they are ranked first in the SoCon and the Panthers are ranked sixth in the Sun Belt.

The Eagles will take on the Panthers tomorrow at 4 p.m. then will continue their conference play away this weekend in a series against Furman University.