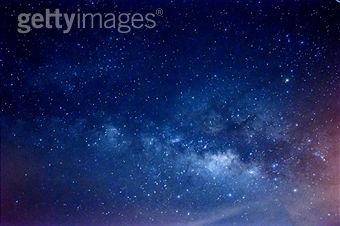 “Just walking twenty minutes at a pace of three miles per hour can counteract the risk factors for obesity,” said Ainsworth during the lecture. “That’s a nice message to send to people who need advising.”

Ainsworth lectured on physical activity and energy balancing.  She explained that one of the very first papers that identified the difference between sitting and having an active lifestyle came out in England, but it didn’t address the importance of physical activity. Instead, it tried to answer the question “why were so many transit workers dying?” Furthermore, after a study in Texas, in 1978, a researcher found that the best physical activity increase involved three to five days of exercise, each with a duration of fifteen to sixty minutes and an intensity of sixty to ninety percent of your heart rate mass.

Ainsworth’s also explained the meaning behind some misunderstood terms. For example, MET stands for “Metabolic Equivalent Tasks” and “Kcals” means “kilocalories” which are units of energy. We often see kilocalories written simply as “calories” on nutrition facts labels.

“A lot of practitioners can understand the idea of kcals for weight management,” said Ainsworth.

She explained that a one-mile walk can burn one hundred kilocalories, and the more calories lost per day, the lower one’s risk for obesity.

The talk concluded with a small reception outside of room 1915. Ainsworth explained that she has studied all over the country and she has presented around the globe.

“Part of my goal when I was younger was to see the country through my job,” said Ainsworth. “I’ve also given talks in Australia, Sweden, Germany, and France.”

Ainsworth began her studies in California and later went to Minnesota to become a teaching assistant and to do postdoctoral work. Afterwards, she obtained a job at the University of North Carolina where she stayed for six years and achieved tenure. Later still, she was offered a job at the University of South Carolina, which she describes as having the “best physical activity and health researchers in the U.S.”

The event was held by the Department of Health Sciences and Kinesiology, and put together by research professor Li Li, Ph.D. Li said that the Health and Kinesiology Department has a distinguished lecture series that invites famous scholars from all over the world each year to come give talks at the university.

Other staff members from the GS Health Services attended to meet and hear from Ainsworth and also to enlighten their students on the topic.