Biology graduate students seek to improve the environment in their research 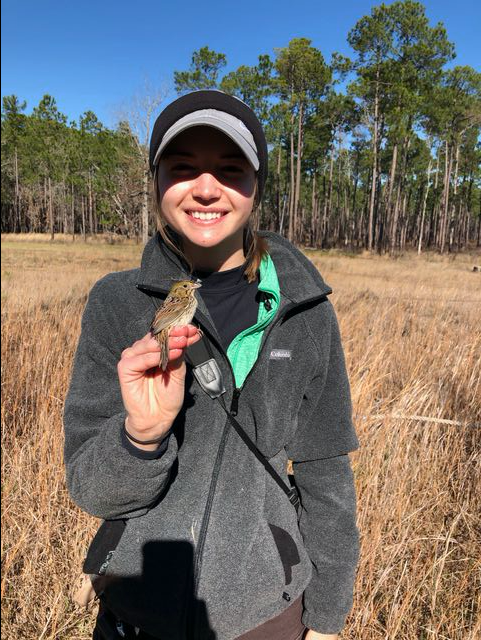 STATESBORO — Whether working with faculty, fellow classmates or on their own individual paths, graduate students of Georgia Southern University’s Department of Biology are all seeking to learn more about this world and its creatures through research projects.

William Annis, a student originally from the University of Florida, is currently studying the distribution patterns of mussels in the wetlands of Georgia.

At first, Annis was working to determine if mussels could be used as an alternative to the current tactic of building walls supported by oyster shells, yet found during his research that the animal could not survive in Georgia’s salt marshes.

Redirecting his efforts, Annis began to look into where these mussels could be found in Georgia and why they were found there, examining factors such as water quality, food quantity and growth rates for evidence.

Annis has been assisted in this research by a fellow graduate, Raven Hurt, a student hailing from Illinois who also has her own project planned.

Hurt aims to research the environmental DNA, or eDNA, of white shrimp in hopes to find an alternative moderation tactic to the commonly used and invasive methods.

“Our lab is really focused on applied sciences — what we can do to actually make differences out there, like what’s actually being done by the [Department of Natural Resources],” Hurt said. “I’m hoping that my research will prove to them that they should be using different monitoring techniques.”

Abigail Dwire is looking into the habitats of the Henslow’s sparrow, a near threatened species of grassland bird that has begun taking up residence in power line right-of-ways of Georgia’s coastal plain wildlife management areas.

Originally residing in the long leaf pine ecosystems spread across the Southeastern U.S., the sparrow’s previous habitat has diminished and almost disappeared due to human intervention.

To look into this change of location, Dwire has begun to research the species in a threefold project, using mark and recapture strategies, habitat surveys and transmitters placed on the birds to examine the potential size of their new homes.

Dwire hopes she will discover the sparrow will have found a new habitat that will provide them with sufficient food, shelter and camouflage.

Biology graduate students do not have to arrive knowing what they want to research. First, they join and assist with an existing project, and from that project, they can find inspiration for their own research and submit a proposal for a grant to begin work on their chosen topic.

Then, their proposals are submitted to a committee of a few people, who determine if they can move ahead with the projects, often providing comments and criticism as well.

Once a project begins, the time it takes to complete varies. Field research can take longer than an in-lab assignment due to variables like weather conditions and tidal changes.

Nevertheless, Annis, Hurt and Dwire hope their research can uncover new solutions to these problems and improve these environments.