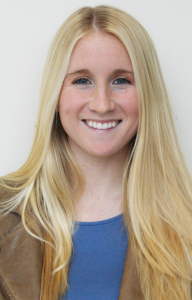 For a star quarterback at most universities country-wide, that collegiate athlete will receive free tuition, free housing, free meal plans, free gear, the admiration of the entire student body and fan base, but now a set salary and more is also being discussed.

Northwestern University football players were granted the right to unionize by the National Labor Relations Board (NLRB) because they came to the conclusion that these athletes fall under the definition of employee. These players are unionizing to gain more from their commitment as college football players like better medical coverage, four-year scholarships, concussion testing and, what everyone is talking about, a salary or stipend.

“In some ways what’s happened here is that the NCAA has waited a little too long to make some important changes and now the outside forces are taking over. If the NCAA doesn’t do something on their own here, others will come in and do it for them,” David Murphy, a labor and employment partner with Dorsey & Whitney, said in a news release. “Although one regional director’s decision doesn’t set the rule for the whole US right now, it does have the potential to lay the foundation for the future law of the land.”

The NLRB recognizing these players as employees brings all of these considerations to the table and some action will have to be put into place. So what does this mean for Georgia Southern University? It means our athletes could get paid in the near future.

Of course, this case could get appealed, the players’ union could get shut down, and the NCAA would be able to breathe deeply without having to change more than a handful, to say the least, of rules and regulations.

But, if that doesn’t happen, what can all the students expect from a history-making decision like this? Would the money come from our tuition increases? Would universities and colleges suddenly compete with one another based on the salaries of their athletes?

The medical part of the argument can be seen within reason. The players are definitely risking their health for this sport, so keeping these players at their maximum performance level should be a given from the university or college.

As for the four-year scholarships and payment, no one from the university is forcing any athlete to play his or her sport, so the athletes shouldn’t be demanding all these changes when they knew what they signed up for voluntarily. Athletes at GSU and all around the country should all see their collegiate athletic careers as the best internship possible to reach professional or Olympic sports.

If something like this were to happen, the GSU student body could be in trouble. Just within last year, GSU students voted to increase student fees to build up the football stadium. If all athletes had to suddenly be paid a minimum amount, the money could possibly come from the students.

The added amount for the stadium wasn’t enough to ruffle too many people’s feathers, but when more and more of people’s money go towards athletics instead of academics, there will be a problem.