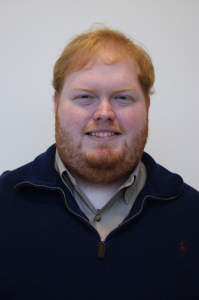 It seems the days of hitting a ball over the wall and simply jogging around the bases are as long gone as Albert Pujols’ 500th homer the other night.

Watching the antics of Milwaukee Brewers CF Carlos Gomez (Braves fans know all too well what I’m talking about) over the past year and a half has made it clear that the state of sportsmanship in today’s athletes is diminishing.

When did barreling a hanging breaking ball become only half the satisfaction of a good at-bat? The hitter just defeated that pitcher in the best (or worst, depending on which side you’re on) way possible, and now he feels the need to bombard the pitcher with unnecessary dialogue as he rounds the bases.

This epidemic, which isn’t an extremely new concept, just more widespread as of late, will lead to more injuries. The increased tension brought by the extracurricular showboating will lead to more pitchers throwing at hitters and more bench-clearing brawls like the one Gomez incited last weekend. And more so, lead to more suspensions like the three-gamer Gomez earned.

Baseball is, of course, only one example. We’ve all seen the choreographed touchdown dances in football over the years. One cannot think of a football celebration without remembering Terrell Owens on the star at midfield in Dallas, back when he was a 49er. Thankfully, the NFL and NCAA have done some work to police it with the unsportsmanlike conduct penalties.

How do we fix it? That’s the $64,000 question. I believe the culture of sportsmanship, like anything else, starts from the ground up. If sportsmanship is something that is pressed into the minds of young athletes at the start, it can be something that will stick in their minds throughout their careers.

Respect is a beautiful thing, and it should be cherished. If you take a pitcher deep in one at-bat, he could just as easily strike you out looking on the next at bat – or worse, drill you in the head with a fastball and end your playing days. So, respect him and hopefully he will show you the same respect.