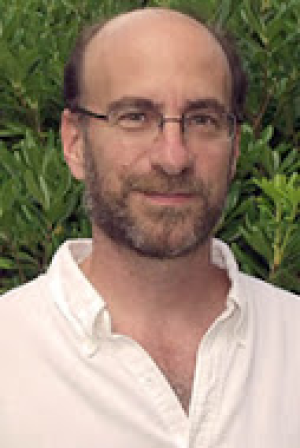 Lorne Wolfe, Ph.D., two-time* Georgia Southern University professor of the year, was put on administrative leave on Oct. 31, 2013 and is still on leave “until due process proceedings” are completed, according to documents obtained from the Office of Legal Affairs.University officials have not confirmed why Wolfe is on leave.

According to the documents, Wolfe, who is a tenured professor in the biology department, is on leave with pay and benefits.

On Oct. 16, 2013 a graduate student filed a Sexual Harassment Complaint to the GSU Department of Diversity Services claiming that Wolfe made the student feel uncomfortable while in the shared break room of the Biological Sciences Building. The George-Anne acquired a copy of the complaint that had names redacted by the Office of Legal Affairs.

The student spilled coffee down his or her shirt, and Wolfe came into the break room and said, “It’s ok, you can dry your breasts off in front of me.” Wolfe then took a seat and again told the student to dry off in front of him, and when the student gave him a look that his comments were not welcome, Wolfe said, “Well f— you, then,” according to the complaint.

After the alleged incident, the student no longer felt comfortable in the break room because Wolfe’s office is close in proximity.

“I have never been so offended in such a short amount of time. I was not able to complete any work this day because I was distraught about the incident,” according to the complaint.

In his most recent post-tenure review on Feb. 9, 2012, completed by Steve Vives, Ph.D., biology department chair, Wolfe was given an overall ranking of “meritorious” and was said to have exceeded expectations.

According to the review, Wolfe “has a very strong record overall and is seen by his peers as a valued colleague.”

Wolfe was the recipient of the GSU Professor of the Year award in 2004 and 2011. It is awarded based on an initial student vote that is then evaluated by the department head and a blind review by Gamma Beta Phi. A professor must have worked full-time at GSU for at least three years to be eligible for the award.

According to records received from the Office of Legal Affairs, over the last five years, four other formal complaints were made about Wolfe.

• On May 3, 2013, a student emailed Vives, biology department chair, complaining about email interactions with Wolfe. “I still have the email because I have been so torn on what to do, but honestly, I am fed up with the rudeness from him,” according to the email.

• On May 8, 2012, a student complaint was sent to Vives. The complaint was about disrespectful communication when a student asked for Wolfe’s help. The student was trying to find another faculty member, according to the complaint, and Wolfe responded with phrases similar to, “I don’t know where the f—ing faculty are and I don’t know where all the g–damn staff are located.” The email read that the wording was not exact, but the student took offense and reported the behavior.

•  On April 15, 2012, a complaint was sent to the Department of Diversity Services about an email from Wolfe to a student. According to the complaint, Wolfe sent an email to a student that read, “Bring your lingerie, I hear you have a lot.” According to the hand-written complaint,  Wolfe’s environmental biology class was very informal, and he made a point to read student emails in class. The complaint also claimed that Wolfe was friendly with the girls in class.

University President Brooks Keel, Ph.D., said that he is made aware of all complaints and becomes involved on a case-by-case basis.

“So depending on who it is and the circumstances, one of the other vice presidents would certainly be involved in it, but I am always notified in [sexual harassment] situations and kept apprised of the progress that’s being made on that particular case, and all [sexual harassment] cases would be treated the same,” Keel said.

Members of the Board of Regents and all individuals employed by the University System of Georgia must participate in Ethics Policy training and must certify compliance on a periodic basis, according to USG Board of Regents General Policies.

Wolfe was placed on leave before the deadline to complete the mandatory sexual harassment policy training in 2013, however in 2012, he did complete the training with a score of 100 percent.

“He is a very accomplished scholar at GSU, and it is very unfortunate that it has come to this,” Andrew Coffman, Wolfe’s lawyer, said. “It’s a stunning turn of events.”

*Editor’s note: This article was corrected due to an inaccuracy. It was originally misreported that Dr. Lorne Wolfe won the Professor of the Year award three times. Dr. Wolfe was the recipient in 2004 and 2011.