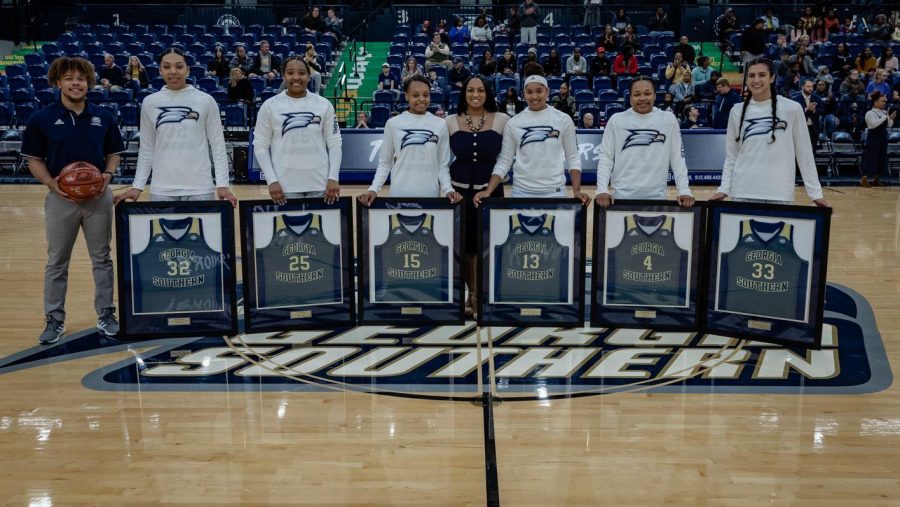 The Eagles honored their six seniors in a pre-game ceremony. Guard Nakol Franks, guard Alexis Brown, guard Amira Atwater, forward Hailey Dias-Allen, guard Nikki McDonald and forward Victoria Stavropoulos were joined by their families to walk across the court as their accomplishments over four years were announced.

“They’ve been here for four years and didn’t transfer,” Head Coach Anita Howard said. “They took a chance on staying here and allowing me to coach them.”

The game started off with a special moment for Franks, who suffered an ACL tear a month ago, as she started for the Eagles and scored her final points as an Eagle on an uncontested layup.

Brown had 16 points and a team-high nine rebounds. McDonald had 12 points off the bench and Atwater had nine points and eight assists.

This game marked the final home game for the team and the end of a rollercoaster first season for Howard.

The Eagles will close out the season with a three-game road trip against Texas State, UT Arlington and Georgia State.

After this, the team will travel to New Orleans for the Sun Belt Tournament in the second week of March to vie for the conference title.